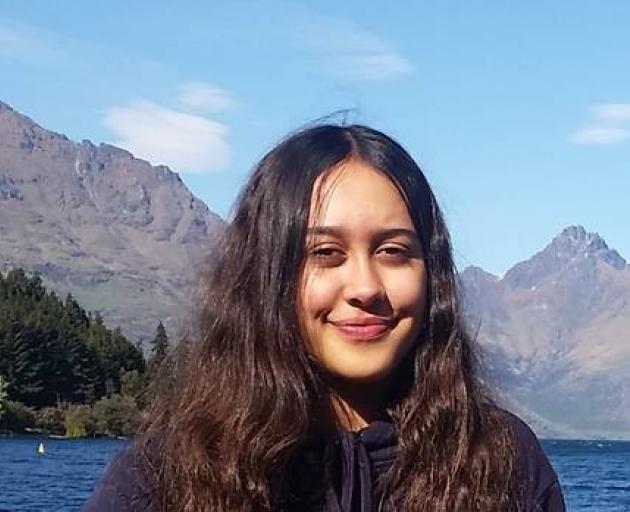 Mia Griffiths said the comments made her feel "ashamed". Photo: Supplied
A teenage waitress who was racially abused by a customer for being Māori is calling on him to "own his racism" and come forward and apologise.

On Monday last week Mia Griffiths, 17, was serving a table at a popular Viaduct restaurant that included the leadership team from building materials company James Hardie and their partners.

As part of her part-time job Mia, who is in Year 13, needed to explain the menu, which included dishes such as Kaipara lamb.

One man picked up on her correct Māori pronunciation, before launching into a racist tirade.

He said things like, 'Where are your whānau? I bet they don't eat here often, they are at home eating boil-up'.

"I said, 'Actually they eat here quite a lot', but they just laughed even more."

Mia, who is saving to study medicine next year, said it left her "absolutely shocked".

"I was kind of speechless, I didn't know what to do or say."

The worst thing was nobody at the table stood up to the man, believed to be the partner of a senior staff member, with many of them laughing and even joining in the comments, she said.

"They were almost egging him on. Even if I said something, they were just laughing so hard."

Mia raised the issue with a duty manager and finished her shift early because she was so upset.

One of the restaurant owners told the Herald a James Hardie representative had sent them a written apology. They had also worked with the company to identify the man who made the comments and his partner, and they had been banned from the restaurant.

"We feel the apology was genuine. We also wanted to issue the ban to make sure our restaurant is a safe space.

"This was a first for us, and now we are working with our team to ensure they are okay, and make sure we have the right processes in place.

"We are a really multicultural workplace and fully support Mia, that she has a voice on this, and want to do all we can to stand up to everyday racism."

However, there had been no direct apology from the man to Mia.

"He needs to own up to his racism and apologise," Mia said.

"I might just be one person, but who knows how many others he has done this to? He needs to know the effects his comments have on people."

The comments had played on her self-esteem and affected her at school this week, Mia said.

"I keep thinking, 'I should have said something'. But when it is at work, you are just not sure what to do in the moment."

James Hardie has not responded to multiple requests from the  New Zealand Herald for comment.

Mia's mother, Kiri Turketo, principal at Sir Edmund Hillary Collegiate, said it was "despicable" behaviour by the man, and also the table that did not defend her daughter.

"That was a table full of their senior leadership team, and nobody said anything.

"Even the man's partner did not stick up for her, as he abused a young woman in front of her.

"They laughed at her and her cultural heritage, made jokes about her being Māori and for pronouncing Māori words correctly, as we have taught her."

Turketo said the restaurant had been "amazing" in its support following the incident, meanwhile the response from James Hardie had been "disappointing".

Turketo had contacted the company directly and asked for an apology from the man and his partner, a staff member, but to no avail.

"It was a violent, verbal assault on someone's cultural identity. He needs to come forward and apologise.

"We weren't going to say anything but then thought, we should not have to put up with this.

Turketo said she would be laying a complaint with the Human Rights Commission.

"It is very important when people are abused they should not feel alone and must speak out and report it. Systemic and structural racism is not on.

"We stand with Mia and her family, and encourage her to be strong and give nothing to racism."

• A Wellington train driver gained national praise this month after literally stopping a train in its tracks after a racist taunt between passengers turned nasty. A young girl, about 16, was reportedly yelling at a passenger, saying "go back to your country, don't speak that language here". She said she was getting off at the next stop, and the conductor said "No you can get off at this one, I'm not putting up with that nonsense".

• The publisher of the National Business Review apologised after publishing a tweet which said Māori were "too lazy to be good fathers and husbands to their chaotic children and families", on the eve of Waitangi Day.

• In June last year two car salesmen at Farmers Auto Village in Tauranga were stood down after inadvertently leaving a racist message on a Māori woman's phone. Their comments included: "Your little Māori girl … it keeps going to voicemail. Tell her don't be a f***** clever Māori. Go back to Maketu and dig pipis out of the sand."

Racism is finding fault because of Race.
NZ has this in vast quantities. In that regard, not seen as a good place to visit.

It is great the Mia is a principled person and won't allow such stupid comments go unchallenged. It is equally encouraging that her employer backs her up.
It is also good news that her parents are not just gainfully employed but that they have important careered positions of responsibility that pay well enough to dine at the Queenstown Viaduct.
The only question remaining is, will she be applying to (hopefully) Otago University Medical School under the general roll or under the Maori allocated positions?

@Eyes Wide Open
“The only question remaining is, will she be applying to [...] Medical School under the general roll or under the Maori allocated positions?”

Or not, as this has no relevance to the fact that the diner is racist and abused a young woman.

If you want to discuss Maori university admissions, I’d suggest you take it to an appropriate venue (like an article discussing moral and legal responsibilities of the Crown). It’s really not relevant here, and bringing it up is on a par with asking if white students are over-represented in the general roll admissions because of the colour of their skin. If you’re trying to be an ally, good on you but maybe delete that last paragraph.

P.S. I too hope she studies at Otago. All of us here on South Island stand to benefit from talented people studying and staying in the South.