'Right call' made over medical marijuana 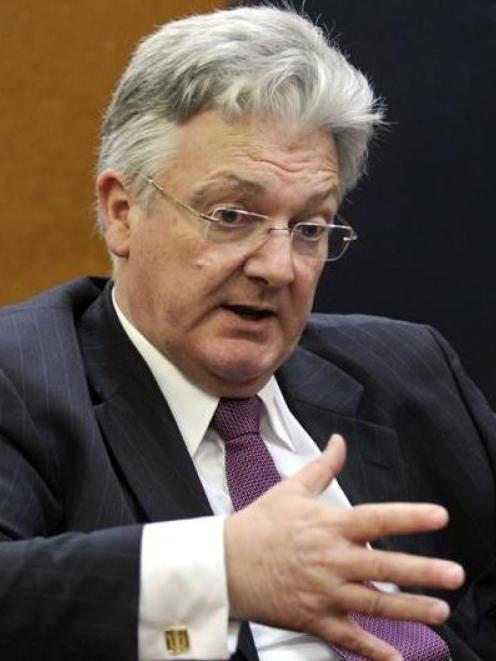 Peter Dunne
Approving the use of medicinal marijuana for a teenager who was locked in an induced coma was the right thing to do, the minister who approved it says, after the teen died last night.

Alex Renton, 19, had been in a coma in Wellington Hospital after suffering an acute prolonged epileptic seizure in April this year.

His family campaigned for him to be given medical cannabis, and in June he was prescribed cannabis oil.

He opened his eyes following the treatment, but remained in a critical condition.

The Nelson teenager died last night surrounded by his family, listening to music, and with a tummy full of his mum Rose Renton's food, a post on his Facebook page said.

Associate Health Minister Peter Dunne, who approved the use of the drug, maintains it was the right decision.

"I think it was always known that this was going to be a big call, and that Alex's condition may or may not respond to the treatment," he told Radio New Zealand.

"But at the end of the day, my original decision was based on the view that this was an effort worth making, and while he's died I still think that was the right call."

Mr Dunne was open to approving medicinal cannabis to be used in other cases, and said Mr Renton's case would not have any bearing on future potential cases.

"I've said that each case would be considered on its merits," he told the broadcaster.

"In Alex's case the procedure of going through doctors seeking approval to prescribe Elixinol was followed for the first time. That option is available for other patients who have conditions that they may consider might benefit from the use of these products.

"Each one of those will be considered on its merits, and I would take the appropriate clinical advice before reaching a decision in any future circumstances."

In the Facebook post, Mr Renton's family said they were very grateful for the support they've received.

"Fly high my darling boy, I know you will be next to me every step of the way," his sister Jessie posted on Facebook last night.

"I love you Alex and couldn't be prouder of everything you have achieved. You are free now my bro."

After his special dispensation was granted last month, his mother said she hoped it would bring her son back to consciousness.

After the treatment he opened his eyes and moved for the first time in weeks, Mrs Renton said.

"He's close to the surface but certainly not conscious and awake," she said.

The cannabis oil worked by "unlocking" the brain's neurons to allow epilepsy drugs to take effect.

"It oils the neurons in the brain, when you're in seizures and they're locked off the anti-epileptic drugs can't get underneath to release them to enable them to work and stop the seizing."

The news has caused an outpouring of sadness and support for the Renton family on social media.