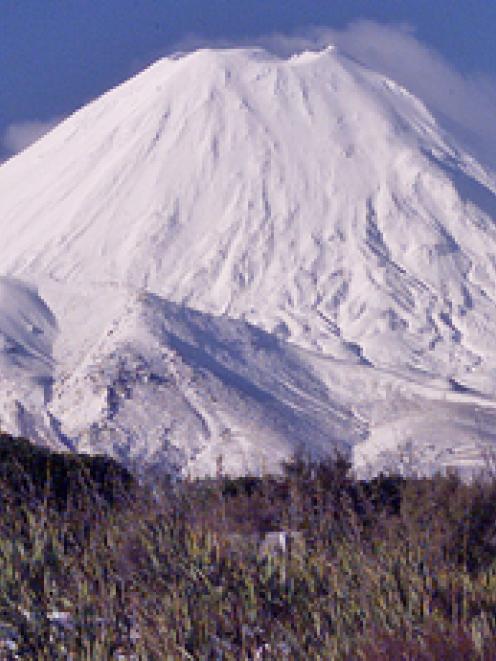 Mt Tongariro
Magma is bubbling under Mt Tongariro, indicating another larger eruption or a series of volcanic events is still a possibility, tests have revealed.

Gas readings taken during flights over the central North Island volcano this morning showed the presence of magma under the mountain at an unknown depth.

It was a now "waiting game" to find out whether that would happen, he said.

"What is does confirm is there is a magmatic source at depth. Whether the magma is going to stay at those unknown depths or whether it's coming to the surface is the question."

If no magma was detected in this morning's tests, it would have meant another eruption was unlikely, Mr Miller said.

He said magma rising to the surface could be preceded by earthquakes or an "inflation" of the volcano.

"Now there is a vent established it is easier for magma to rise. We would hope we would get warning."

Test results due later today or tomorrow would provide a more definitive answer on whether magma was erupted in the first explosion late Monday night, Mr Miller said.

Any larger eruption at Mt Tongariro was likely to be on a relatively small scale, similar to eruptions at Mt Ngauruhoe in the 1970s, he said.

Professor Shane Cronin told the Herald any larger eruption at the mountain could cause a significant agricultural hazard.