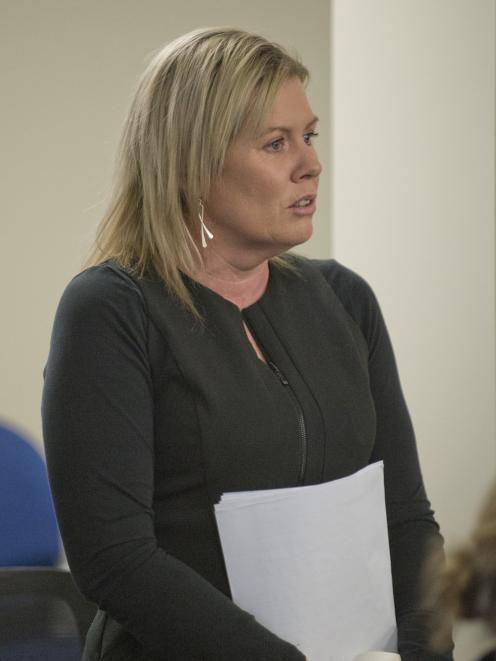 Southland farmer Blair Vining died last year from bowel cancer, but not before championing a 140,000-signature petition which was influential in convincing the Government to create the Cancer Control Agency.

Mr Vining was too young for his cancer to be caught by the bowel screening programme.

Initially given just three months to live, he was then told to wait eight weeks for an "urgent" appointment with an oncologist.

Ms Vining spoke, at the SDHB’s invitation, in the public forum section of its meeting.

In an emotional presentation, she said timely healthcare was a fundamental right for every human, one which the SDHB was not providing cancer patients.

"You as a board have a simple responsibility to the people of Otago and Southland to provide health services ...

"Under-resourcing and rationing adversely affects the medical professionals, as well as the patients they serve.

"These long waits and delays are not only cruel, and inhumane but they kill people."

Ms Vining has played a leading role in setting up a charity hospital in Invercargill to provide procedures such as endoscopy for people suspected of having bowel cancer.

"The community should not have to build their own hospital," Ms Vining said.

"A 40-year-old widow should not have to continually point out this hospital’s failings ...

"I ask you and the Government to provide the healthcare services we deserve."

"The people of Otago and Southland deserve better.

"Some people are too sick or in too much pain to speak up, so I won’t stop."

Ms Vining was invited by board chairman Dave Cull to stay for a discussion on endoscopy services, and that item was moved up the agenda.

"I always feel like I am listened to but it is action afterward that I would like to see," Ms Vining said.

"I am hopeful. I wouldn’t have driven all the way up from Invercargill in the pouring rain otherwise."

Ms Vining was invited by Mr Cull to join the SDHB’s endoscopy user’s group, an offer she said she would consider.