• Health budget delivered $200m more for Pharmac, and the first tranche of money for the health reforms
• Prime Minister Jacinda Ardern says Budget means New Zealand will come out of the pandemic 'stronger than when we entered it'
• New Zealand's economic outlook is much better than expected, with a jump in GDP growth and lower unemployment. Forecast return to surplus is now 2027.

The Government's first Budget has ticked off some key Labour pledges, spending billions on increasing benefits but keeping a lid on major spending and debt increases.

The headline of Budget 2021 is an up to $55 per week increase in main benefits rates – a move the Government is expecting to lift between 19,000 and 33,000 children out of poverty.

Drug buying agency Pharmac got a $200 million increase as Labour delivered on its election pledge to increase the funding.

The Government has also earmarked $380 million of new funding towards a Maori housing package, expected to deliver another 1000 homes for Maori across the country.

And Finance Minister Grant Robertson is talking up his books, forecasting a significant jump in economic growth, a shrinking deficit and lower than expected levels of debt.

But the effects of Covid-19 are still evident in the budget, with the Government not expected to return to a surplus until 2027.

Prime Minister Jacinda Ardern said today's Budget would set New Zealand up to both recover from Covid-19, and be "stronger than when we entered the pandemic".

At the heart of that approach is $3.3 billion, over the next four years, to spend on boosting benefit levels. 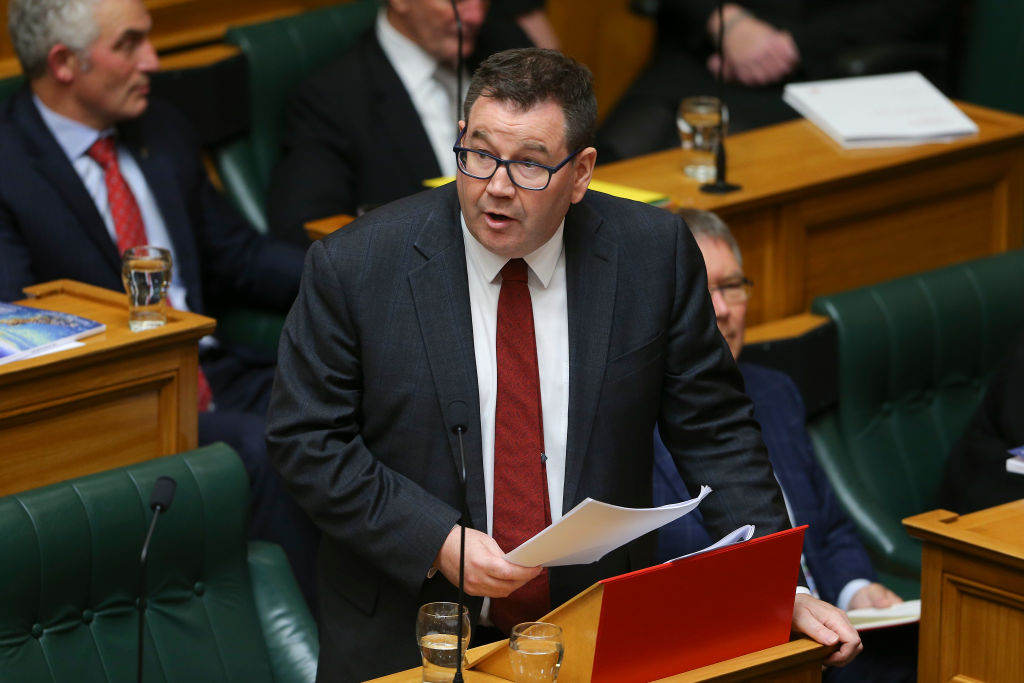 Finance Minister Grant Robertson delivers Budget 2021 at Parliament in Wellington. Photo: Getty
All weekly benefit rates will increase by between $32 and $55 per adult in April 2022.

This follows years of pressure from advocacy groups to raise benefit levels as part of the Ardern's pledge to address child poverty.

There is also a carrot for students –student allowances and loans will go up by $25 a week from April next year.

Social Development Minister Carmel Sepuloni said today's Budget is an example of the "two-birds-one stone plan" the Government is following to emerge from Covid-19 "stronger than when we went in".

"This is not only the right thing to do; it's also good for our economy." 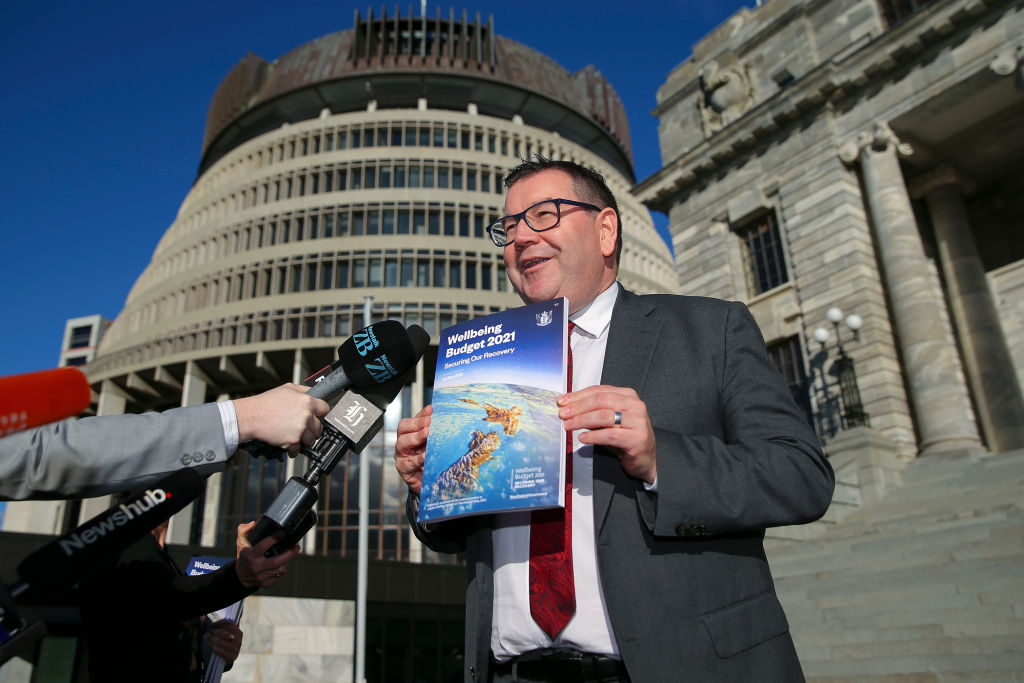 Finance Minister Grant Robertson speaks to media during a Budget media opportunity at Parliament earlier in the week. Photo: Getty

That budget saw a significant drop in social sector spending, including on benefits as the then-Government attempted to balance the books.

"This is the biggest lift in benefits in more than a generation," Robertson said in the Budget lockup.

As signaled in the weeks leading up to the budget, Maori housing gets a big boost in this year's budget.

As well as the $380m for new Maori housing, a further $350m of the previously announced $3.8b Housing Acceleration Fund has been ring-fenced to help enable the construction of more homes for Maori.

"Our people face constant housing challenges… this has been the way for far too long," Associate Maori Housing Minister Peeni Henare said.

According to Robertson, New Zealand's economy has performed better than expected.

This time last year, he was delivering a budget with $50b of new spending initiatives to combat the looming economic downturn of Covid-19.

The Budget reveals that only $5 billion of that fund remains – and will be held in contingency.

Although the economic impact of the downturn is clearly still being felt, New Zealand's economy is doing much better than had previously been expected by the Treasury.

But the jobless number is expected to peak at 5.3 per cent later this year.

The Treasury is, however, still expecting the Government to produce a deficit for the next six years – producing its first razor thin surplus in 2027.

In terms of house prices, the Treasury is expecting 2021 to be the peak when it comes to growth.

Its expectations of annual house price growth are 17.3 per cent this year – that number drops to 0.9 per cent in June next year and to stay around 2.5 per cent over the coming four years.

"Treasury is, however, still expecting the Government to produce a deficit for the next six years – producing its first razor thin surplus in 2027."
Wow.... That is amazing.
I wish I had some idea of how things will be in 6 years time.
Only certainty is, that I'll be 6 years older.