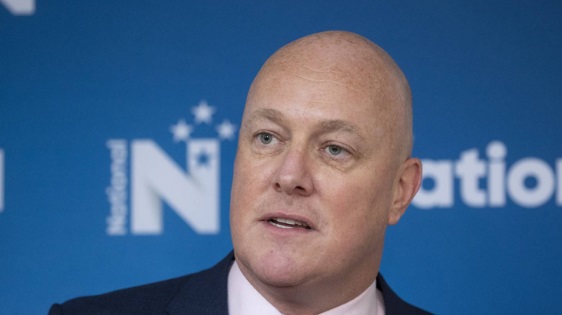 "What's in here for the squeezed middle, that's actually going to help them deal with the cost-of-living crisis?"

Secondly, he wanted to see value for money in the Budget.

"And thirdly, is it going to drive into better outcomes for the New Zealand people."

"Our worry is that we've got a Government that talks the big game and isn't delivering," Luxon said.

"A good outcome is making sure you don't spend two billion dollars on mental health and get nothing for it."

He said the Government was wasting money on new civil servants and was underachieving in education.

Luxon said he agreed that New Zealand had weathered the Covid-19 pandemic well compared with most countries, and he agreed the Government should have supported business during the crisis.

"But you've got to remember, [in] a large part of the pandemic, the Covid fund was also spent on non-Covid issues."

He added: "And we haven't actually got anything from that spending, like increased ICU units, for example. We haven't got an enlarged healthcare workforce. That's a generational legacy thing that could have come out of spending that money in the right way."

On housing, Willis said a lot of pressure had been added to rental costs.

"The Government has the option in this Budget of not continuing to add costs to landlords by further removing interest deductibility for those landlords. We've seen rents go up on average $50 a week in the past year and Kiwis can't withstand more pressure of that sort."

Willis said there was clearly a role for community housing providers in building more homes.

"We would like to see them better supported to be building houses, not just giving cash to Kāinga Ora to do that job."

Willis said planning laws were overly complex. The Government had to work better with local authorities to cut red tape and work on infrastructure.

"We have these nimble housing providers often who already have land ready, who want to be building, who have a proven track record of being great landlords. Let's let them do that work in our communities, instead of letting thousands of children get raised in emergency motel rooms," Willis said.

"This Government believes in centralisation and control. It believes that it does everything," Luxon said.

"And we believe there are three actors in society that have quite different roles, and complementary roles - community organisations, businesses, and Government, local or central. And we work together on rising to those challenges and realising those opportunities."

He said in health, Three Waters, and the merger of polytechnics, the Government was fixated on centralisation, to the detriment of many businesses and community organisations.

On Saturday, Luxon was stuck inside a building for nearly an hour following a community meeting in Palmerston North after a group of about thirty anti-Covid vaccine mandates protesters blocked the exit.

No one was hurt but the standoff at the Cuba St premises ended only after police intervened.