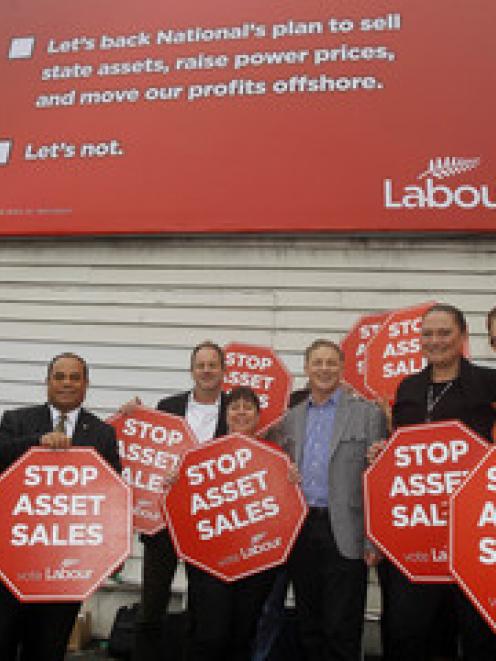 "Under Labour there will be no asset sales," Mr Goff said.

The Government was considering the partial sale of state-owned assets in a plan to save more and borrow less.

Mighty River Power, Meridian, Genesis and Solid Energy are all being looked at for partial sale, and advice is also being sought on reducing Crown shares in Air New Zealand.

Prime Minister John Key said the Government would keep control of the assets, and New Zealanders would be given priority for investment.

He has ruled out any sales before the next election.

Mr Goff has described the moves as "economic madness".

"And $1 billion of dividends has been lost over the past decade as a result of National's sale of Contact Energy in 1999."

Also power prices would go up and ownership would end up with foreign investors.

Mr Key has argued that the Government would keep control of the assets, and New Zealanders would be given priority for investment.

He has ruled out any sales before the next election.

Labour previously ran into trouble for erecting small signs, which emulate road stop signs in shape and colour but contained the message Stop asset sales vote Labour. The signs were taken down because they broke traffic rules.