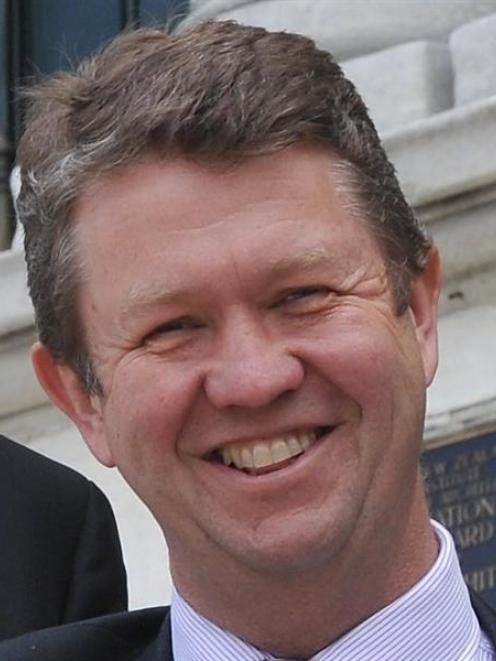 Let's get one thing straight: the Labour Party is not shutting journalists out of its conference in Wellington this weekend despite some media and bloggers breathlessly, but inaccurately, claiming it is.

For all of Labour's talk about targeting voters via social media and thus avoiding its message being filtered by the mainstream media, the party's strategists could hardly forgo the platform provided by a party conference which leads directly to the top of the weekend television news bulletins.

This is even more the case given that Labour may well be indulging in the ''politics of authenticity'' by trying another tack to connect David Cunliffe with voters.

Tomorrow's keynote address by the Labour leader is understood to delve deeply into personal stuff - Mr Cunliffe's background, his growing up, his education, what influenced him, what motivates him and so forth.

With the party also unveiling its election slogan this weekend, the speech sounds suspiciously Obama-like in painting a life story with which voters can identify.

It is no coincidence the conference is also being addressed on that approach by an Australian campaigning expert, Damian Ogden. His company, Campaign Action, has been working with Labour for at least the last two years on improving the party's ''direct voter contact'' - a fancy way of saying good old-fashioned door-knocking.

Without even knowing it, Mr Ogden recently put his finger on Mr Cunliffe's biggest handicap. He said a party could have the best policy in the world, but if people did not trust the leader, they would not listen to what he had to say. If people knew the leader's story, they were connected to the leader and only then did they listen.

Mr Ogden added that a politician's identity was the most important thing a politician had.

''If you're not talking about yourself and who you are, you're letting the other side do it''. Exactly. Mr Cunliffe's other problem is that voters feel they don't know him, whereas they feel a strong empathy with John Key, even if they have not met him.

It is tricky territory for Mr Cunliffe. The risk is that his life story does not match Mr Key's in impact.

Not surprisingly, Mr Ogden's contribution is timed for a session closed to the media. It is true many of the sessions are designated as no-go zones for reporters and cameras, but that is because it is a Labour ''congress'' rather than a Labour conference, and there is a difference.

The idea of an election-year congress had its genesis in Labour's fraught post-election conference which followed the party's thrashing by National in 1990.

For three or so days, the lost-looking delegates entered and exited the Michael Fowler Centre auditorium like zombies. They were still stunned by the severity of the defeat and in no fit mental state to begin thinking on what to do about it.

That unfortunate wake was a catalyst for a switch to a much more election-oriented summit of the Labour clan earlier in election year where the speeches were focused as much as anything on rallying the troops for the battle ahead.

Rather than engaging in arcane debates over the minutiae of policy remits, most of the congress is devoted to giving delegates nuts-and-bolts instruction in electioneering techniques and electoral law which they pass on to party volunteers in their electorates.

It is all about getting the Labour grass roots match-fit for the official four-week election campaign. It is designed to get those volunteers out door-knocking - something that Labour is putting particular stock in at this election.

The party's understandable aversion to revealing its election strategy has meant large portions of the congress agenda have always been off limits to journalists. It is no different this year. In fact, if anything, the party has opened more sessions to the media perhaps conscious it risks being categorised as some kind of secret society.

Yesterday's briefing of candidates on the party's efforts to reconnect with voters at a local level was opened up to the media. However, the corresponding congress session in which Mr Ogden will feature remains closed.

''Direct voter contact'' is a step up from the usual approach to door-knocking, which involves identifying undecided voters, feeding them with a standard message as to how they should vote before loading their details into the party's database so they can be rung or visited on election day and cajoled into voting.

According to an American company which employs a similar approach, direct voter contact involves having ''high-quality person-to-person conversation'' with voters on issues which matter to them personally and tailoring the party's response to that person's concern accordingly.

Despite the rise of technological approaches to campaigning, face-to-face interaction is back in fashion.

With the party holding about 100 street corner meetings in the electorate, Labour's revised grass-roots approach to campaigning saw the party retain Christchurch East in last November's by-election by a far larger majority than was expected. Labour believes holding ''genuine conversations'' with voters could see it pick up two to three percentage points of the party vote by election day.

It also notes National's rating in the polls fell six points during the same period at the last election.

Labour's intention to ''super-size'' the Christchurch East trial nationwide is contingent on it having enough volunteers to knock on doors. It is one thing to pour resources into an electorate for a by-election; it is something else to replicate that intensity across all electorates at a general election.

Labour labels its revitalised canvassing as ''people power''. But the flip-side is apathy. Labour shed more than 180,000 votes at the last election; National picked up little more than 5000 extra votes on top of its 2008 result.

The assumption is that Labour's lost voters simply did not vote. Labour has to win them back at this election. Otherwise not voting will become a habit and they will be lost forever.