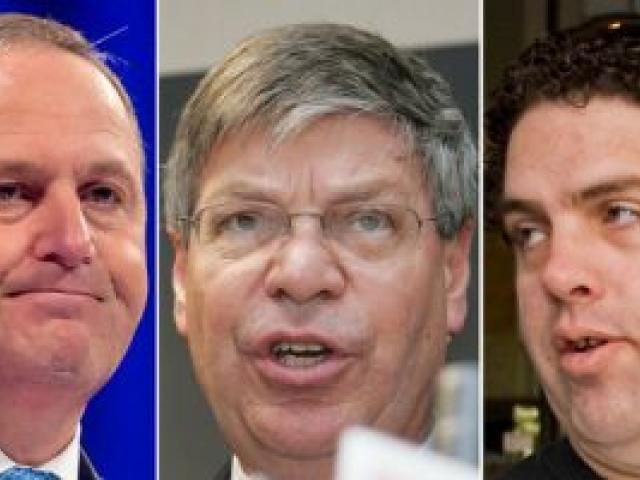 In two 2011, letters to NewstalkZB released by the broadcaster this morning both former SIS Director Warren Tucker and Ombudsman Dame Beverley Wakem refer to Dr Tucker briefing the Prime Minister on the release of the documents which Slater used to embarrass former Labour Leader Phil Goff.

Both Dr Tucker and Dame Beverley subsequently said they meant Dr Tucker had briefed Mr Key's staff rather than the Prime Minister himself.

Speaking to reporters in Christchurch this afternoon Mr Key said suggestions he was briefed directly were wrong.

"I can absolutely, categorically tell you that's not correct. There are a number of factors that would support my view of that.

"One, I know it's factually not correct. Secondly I've checked with the director himself who says it's not correct. Thirdly the Ombudsman has confirmed that when she put Prime Minister... they meant my office. Fourthly actually I was on holiday in Hawaii over the period of time this was all happening."

Mr Key said he returned from Hawaii on July 31 2011 "I think these discussions were all taking place around about the sort of 25th, 26th and 27th.

"From time to time I did have discussions with Mr Tucker about OIAs but prior to the release of this one I didn't have any discussions at all."

Dr Tucker this morning took the unusual step - particularly given the matter is now under investigation by Inspector General of Intelligence and Security Cheryl Gwyn - of releasing a statement backing Mr Key's version of events that he informed the Prime Minister's office, and not Mr Key personally, about the release of the documents.

Dr Tucker's statement came after the release of his 2011 letter to NewstalkZB in which he refers to briefing the Prime Minister.

Mr Key has sought to keep distance between himself and the release of the documents which investigative author Nicky Hager claims in his book Dirty Politics was part of sustained dirty tricks campaign run in co-operation between Slater and Mr Key's office.

But in the other letter to NewstalkZB chief political reporter Felix Marwick, Dame Beverley refers to a discussion she had with Dr Tucker in which the SIS director told her "that he is prepared to release a statement regarding his discussion with the Prime Minister".

The letter goes on to say: "Ms Wakem is of the view that there is good reason to withhold Dr Tucker's full recollection of his discussion with the Prime Minister".

Ms Wakem told Newstalk ZB that a letter from 2011 in which she referred to Mr Tucker having "a discussion with the Prime Minister" was unclear and had given the wrong impression.

"I am very clear that the Director of Security communicated with the offices of the Prime Minister and Leader of the Opposition on this matter. In the letter, which was written on behalf of me while I was away, but which had been discussed with me, the word 'discussion' is probably loosely used and may have given rise to an impression that there was a direct approach. There wasn't and hasn't been."

The SIS has said it told the Prime Minister's office that it had received a request for the papers from Slater on July 26, 2011 and advised them again a day later that it was about to release it.

Mr Key's visit to the US ended on July 23, NZ time and his office confirmed this morning he had then taken some days off in Maui and did not return to New Zealand until July 31, after the documents had been released.

Speaking in Dunedin today, Labour leader David Cunliffe said he did not believe Mr Key was not briefed about the release of the documents.

Asked about Dr Tucker's clarification this morning, Mr Cunliffe said he did not think that cleared Mr Key.

"I think it defies belief that the Prime Minister wasn't personally informed."

Mr Cunliffe said the timing, during the 2011 election campaign, made it even more unlikely the Prime Minister would not be told about a matter involving the Leader of the Opposition.

Mr Key's credibility was "in tatters", and he had serious questions to answer, Mr Cunliffe said.

Mr Cunliffe said he had confidence in the investigation announced yesterday by Ms Gwyn.

"It's frankly incredible. It's unbelievable."