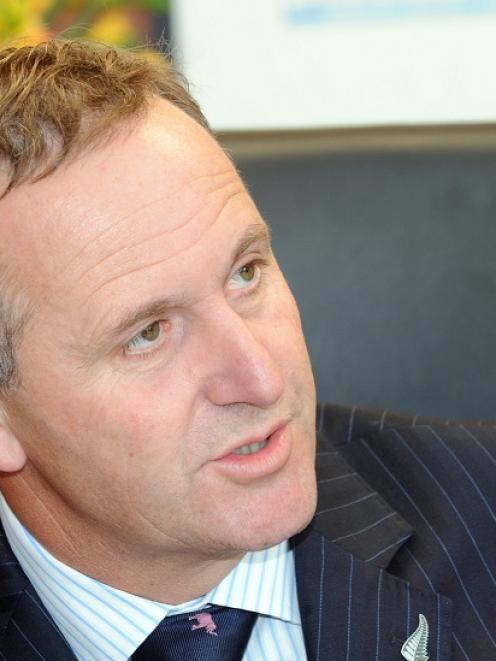 John Key
Prime Minister John Key has announced an expansion of Government subsidies for apprenticeships in a major speech on how to make New Zealand a "magnet for investment".

At present modern apprenticeship subsidies are limited to Industry Training Organisations with trainees aged between 16 and 21. The subsidy is paid to the ITOs to visit the apprentices.

Subsidies for existing modern apprenticeships will be protected for four years or until they finish.

As an incentive the Government will give a $1000 gratis payment to each new apprentice enrolled after April 1 this year for tools and off-job course costs and $2000 to those in priority construction industries. The same amount will be given to their employers.

Mr Key estimated that the changes, along with the boom in construction and other trades in the rebuild of Christchurch, would see about 14,000 new apprentices start training over the next five years, over and above the 7000 that enrol each year.

"The whole idea is to kickstart new apprenticeship opportunities ahead of the curve, so that thousands of New Zealanders get to learn a new trade that will last them a lifetime," Mr Key told a business audience on Auckland's North Shore in his first major speech of the year.

Mr Key said that under Labour's "wasteful management" up to 100,000 people a year listed as being in industry training were in fact "phantom trainees".

Mr Key said Australia had done so well over the last few years because it had massive investment in its economy.

Investment in Western Australia had seen the lowest unemployment rate and highest population growth of any Australian state.

It had a low unemployment rate and incomes had grown faster than anywhere else in the country.

"The key factor is investment and not just in oil and gas. So here in New Zealand we have to be a magnet for investment."

Mr Key attacked Opposition parties accusing them of opposing most measures the Government proposed to encourage investment, growth and job.

"There is only one type of activist government they know - the big spending and big-borrowing kind.

"It's called 'chequebook activism' and New Zealanders know it well because they have seen it before," Mr Key said.

"As a country we are still paying for it - literally."

Mr Key said the world was full of opportunities for New Zealand over the next few years and they should be seized.

"That's why the Government is getting on with the job."