Week in politics: Alternatives to Goff may be too difficult for Labour 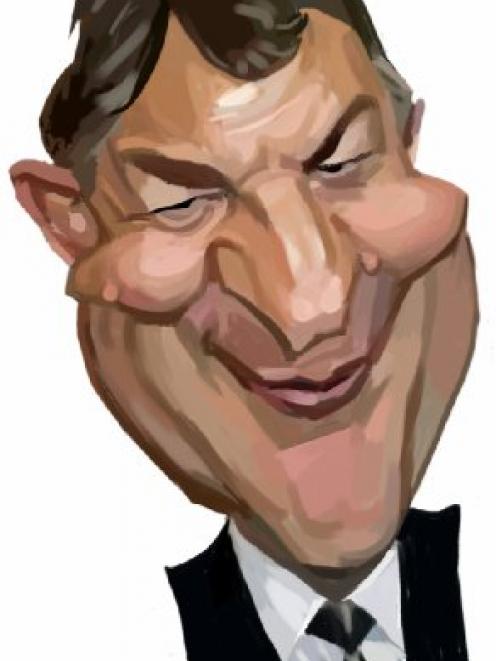 Phil Goff
Can Phil Goff shrug off Chris Carter's very public and very damaging charge that Labour's current leader cannot win next year's election and should be replaced as soon as possible? The short answer is not without some difficulty.

Mr Carter may have been caught red-handed in his bid to become some kind of secret agent provocateur using the news media to destabilise Mr Goff's leadership.

Mr Goff, in turn, may have moved with the necessary speed and ruthlessness to get shot of the Te Atatu MP before he created even more havoc.

Mr Carter's former colleagues may have tried to denigrate his argument for a change of leader by questioning his current state of mind.

Mr Carter is not gaga.

Moreover, though exposure of his spending on overseas travel as a Cabinet minister followed by revelations over his use of his ministerial credit card put him firmly on the outer, his long track record as an effective local MP, capable minister and (until now) studiously loyal party member mean his remarks cannot be dismissed out of hand.

He has expressed publicly what many inside the Labour Party think privately - that Labour cannot win the next election under the current leader.

When it comes to who should lead the party, Labour MPs have engaged in a conspiracy of silence which conveniently avoids dealing with what is less an elephant and more a mammoth in Labour's caucus room.

The trouble is the alternatives are few and not necessarily any more attractive.

It is all just too difficult. The status quo has become the default position.

So the status quo is OK as long as everyone in the caucus pretends it is.

Whatever his other sins, Mr Carter's real crime in his former colleagues' eyes has been to expose this charade to public gaze.

The danger for Mr Goff is that the public, rightly or wrongly, will see Mr Carter's torture and torment as some kind of indicator of what must be deep ructions in the Labour caucus and conclude Goff's days as leader are numbered.

If the view takes hold that he could be replaced, then Mr Goff is fatally damaged.

He cannot limp through election year with the public expecting him to be dumped at any moment.

Labour will be hoping that the sight and sound of senior MPs weighing in behind Mr Goff's leadership will avert the prospect of any such self-fulfilling prophecy taking hold.

But such displays of unity do little to diminish the fundamental problem.

Labour's poll rating has barely shifted from the 33% level the party recorded at the last election.

And when it has moved, it has only gone lower.

So far, downward shifts in Labour's polling have tended to be temporary.

It is impossible to say whether this latest episode will see a further weakening of Labour's standing.

But it can hardly help matters.

Before Thursday's extraordinary events, Labour had enjoyed a good couple of weeks with the Government very much on the defensive.

Then came the rumours - to Labour's delight - of the prospective return to active politics of a revitalised Winston Peters.

But Labour's hope that a resurgent Mr Peters could slice votes off National only confirms how ineffectual Labour is.

Mr Goff cannot convince his party's own supporters he should be prime minister.

He totally lacks any crossover appeal to National supporters to worry John Key.

The latter's dominance of the political centre has left Mr Goff with little space within which to differentiate Labour from National.

Things are made even more difficult by Mr Goff being from the right of the Labour caucus.

He cannot strike out leftward because it simply would not look credible on his part.

He thus has to try to demonise Mr Key when National occasionally shifts rightward.

That is why the left has seized on National's latest and rather moderate reforms of employment law.

Such is Labour's need to find policy to differentiate itself from National that it is hellbent on turning a series of molehills into a veritable mountain range.

Mr Goff's other problem is that voters are simply not switched on to politics at the moment.

They are not listening to Labour.

Suddenly people are listening - but for all the wrong reasons .

Meanwhile, the next election draws ever closer, presenting Labour MPs with an unwelcome and ever worsening equation, where X is time and Y is the desperation factor which grows bigger as the amount of time left gets smaller.

Despite public protestations to the contrary, Labour MPs will be asking themselves whether other options previously dismissed as non-starters do not have some merit.

Shane Jones having done his chips for now, the spotlight has gravitated to David Cunliffe, Labour's finance spokesman.

Ultra-ambitious, he would have no doubts about his being qualified to do the job.

What Mr Cunliffe lacks in charisma, he makes up for in supreme self-confidence - a trait which fails to impress many of his colleagues who - to put it crudely - see him as someone who is up himself.

Mr Cunliffe is still relatively unknown. He has yet to really hit his stride in the shadow finance portfolio.

He has yet to carve out a position in the party or in the public domain with which voters can empathise.

His tendency to allow his self-confidence to get the better of him has meant mistakes on his part.

Mr Goff, at least, is safe. But that is the trouble. Labour will not get within a bull's roar of National by being safe.

It has to take risks - of the kind taken by the Australian Liberals in installing Tony Abbott as their leader.

He was seen as too extreme to appeal to mainstream Australia. He is now on the verge of an unlikely victory.

Likewise Julia Gillard's toppling of Kevin Rudd is testimony to how a last-minute change of leader can drastically improve a party's electoral fortunes.

However, a chunk of the New Zealand Labour caucus was around when the party experimented with changing leaders twice in the space of 12 months before going down in 1990's landslide defeat.

In the end, Mr Goff might be saved by this quandary being just too hard to resolve.

Many MPs will have rationalised things and taken the view that whatever Labour does, National is going to get a second term.

That is the easy option.

For a caucus that continues to pretend it does not have a problem, however, it is the one it is more likely to take.