An obscure Trump campaign adviser pleaded guilty to lying to FBI agents about contacts with people who claimed to have ties to top Russian officials, in the first criminal charges alleging links between the campaign and Moscow, said court documents released on Monday (local time).

George Papadopoulos, who joined the Trump presidential campaign in March 2016, lied in January about communicating with those individuals to arrange a meeting between then-Republican presidential candidate Donald Trump and Russian President Vladimir Putin, Special Counsel Robert Mueller said in the documents.

The documents said an unidentified campaign official advised Papadopoulos around May 2016 that Trump himself "is not doing these trips" but that "it should be someone low-level in the campaign so as not to send any signal."

While not mentioned in the documents, top Trump campaign advisers, including Trump's eldest son, Donald Trump Jr.; his son-in-law, Jared Kushner; and Campaign Manager Paul Manafort met at Trump Tower in New York in June 2016 with Russians claiming to have derogatory information on Democratic rival Hillary Clinton. It was not known whether that meeting resulted from Papadopoulos' efforts.

The special counsel said Papadopoulos - a Chicago-based international energy lawyer - lied to Federal Bureau of Investigation agents about when he learned from an unnamed foreign professor that Russia claimed to have "dirt" in the form of "thousands of emails" on Clinton. 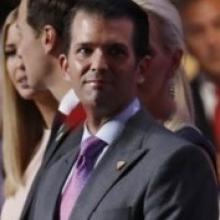 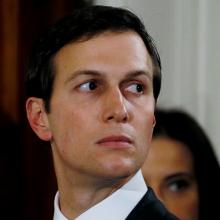 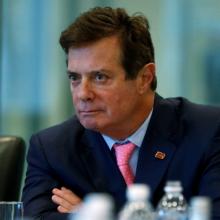 White House spokeswoman Sarah Sanders on Monday played down Papadopoulos' campaign role, saying it was "extremely limited" and that he was a volunteer. "He asked to do things (and) he was basically pushed back or not responded to in any way," she told a news briefing. "Any actions that he took would have been on his own."

Papadopoulos' lawyers said in a statement it was "in the best interest of our client .... that we refrain from commenting on George's case."

The documents were released just after indictments charging Manafort and business associate Rick Gates with multiple offenses, including money laundering, conspiracy against the United States and failing to register as foreign agents.

None of the charges against Manafort and Gates, however, directly relate to Mueller's investigation into possible collusion between the Trump campaign and what USintelligence agencies concluded was a Russian bid to boost Trump's candidacy.

The prosecutors said Papadopoulos had been emailing with a "Campaign Supervisor," "Senior Policy Adviser" and a "High-Ranking Campaign Official."

An official familiar with congressional investigations into alleged contacts between the campaign and Russia said the Senate Intelligence Committee already had copies of an extensive file of Trump campaign emails that included emails between Papadopoulos and the campaign.

One email shows Manafort had been discussing Papadopoulos' efforts to arrange a Trump visit to Russia with at least one other campaign official.

Court documents said Papadopoulos lied to the FBI shortly after Trump's January 20 inauguration, when the law enforcement agency had an open investigation into the alleged Russian government efforts to interfere in the 2016 campaign. Photo: Getty Images

Papadopoulos pleaded guilty on October 5, according to a court statement by Mueller's office. As part of a plea deal, Papadopoulos agreed to plead guilty to making a "materially false, fictitious and fraudulent statement" to FBI agents.

"Through his false statements and omissions, defendant Papadopoulos impeded the FBI's ongoing investigation into the existence of any links or coordination between individuals associated with the Campaign and the Russian government's efforts to interfere with the 2016 presidential election," a court document said.

The FBI arrested Papadopoulos on July 27 after he arrived at Dulles International Airport near Washington.

In an October 5 letter to the Chicago man's lawyer, Mueller and his team noted that Papadopoulos faced up to six months in jail and a fine of up to $9,500. But they agreed "to bring to the court’s attention at sentencing the defendant’s efforts to cooperate with the government" on condition that he continued providing information on to prosecutors, the document said.

Court documents said Papadopoulos lied to the FBI shortly after Trump's January 20 inauguration, when the law enforcement agency had an open investigation into the alleged Russian government efforts to interfere in the 2016 campaign.

"In truth and in fact, however, defendant Papadopoulos understood the professor to have substantial connections to high-level Russian government officials and that the professor spoke with some of those officials in Moscow" before telling Papadopoulos about the "dirt" on Clinton, said the prosecutors.

The prosecutors said Papadopoulos also lied to the FBI in saying that a meeting the professor arranged for him in London with an unidentified Russian woman with ties to senior Russian officials occurred before the Chicago man joined the campaign.

The meeting took place on or about March 24, 2016, and the Russian woman was introduced to Papadopoulos as a relative of Putin, although it turned out that she was not related to the Russian leader, according to the documents.

Papadopoulos then worked with the professor and the Russian woman to set up the Putin meeting, and kept other Trump foreign policy advisers appraised of his contacts, they said.

In one email, the documents said, the Russian woman told Papadopoulos that "The Russian Federation would love to welcome him (Trump) once his candidature would be officially announced.”

The prosecutors said that on or about March 31 Papadopoulos attended a "national security meeting" in Washington with then-candidate Trump and other campaign foreign policy advisers. When he introduced himself to the group, the prosecutors said, "he stated, in sum and substance, that he had connections that could help arrange a meeting between then candidate Trump and President Putin."

In mid-April, the professor introduced Papadopoulos via an email to an individual in Moscow who the documents dubbed the Russian MFA Connection - MFA being the initials for the Ministry of Foreign Affairs. The pair had multiple conversations over the proceeding weeks about setting the “groundwork” for a Trump-Putin meeting.