Its exhibition 'Degenerate Art - Confiscated and Sold' is composed mainly of drawings, lithographs and paintings confiscated by the Nazis from museums. Photo: Reuters

Some 150 art works from a massive trove amassed by a German collector during the Nazi era went on public display for the first time on Wednesday in the Swiss capital, amid lingering questions about the origins of the collection.

German art dealer Hildebrand Gurlitt built up the collection after being enlisted by the Nazis to sell so-called "degenerate" modern art they had seized from German museums.

His son Cornelius Gurlitt inherited the art and then kept it stored in his Munich apartment for decades. The Kunst Museum Bern was stunned to learn in May 2014, the day after Gurlitt's death, that it had been named as the sole heir to 1500 works, including paintings by Pablo Picasso and Henri Matisse.

Its exhibition "Degenerate Art - Confiscated and Sold" is composed mainly of drawings, lithographs and paintings confiscated by the Nazis from museums and acquired by Hildebrand Gurlitt.

"For the most part we know exactly when the works were confiscated, from which German museum," Nina Zimmer, director of the Bern Art Museum, told Reuters Television.

"We only have taken works where we are 100 percent sure they were not looted (from private owners)," she said, adding that a further 300 "degenerate" works were awaiting clarification of their ownership as intensive research continued.

"Art, after 70 years, needs to see the light of day and the public needs to reconnect with the art works," Zimmer said.

A separate exhibition of works from the Gurlitt collection will open in the German city of Bonn on Friday with the title "Nazi Art Theft and Its Consequences".

German art dealer Hildebrand Gurlitt built up the collection after being enlisted by the Nazis to sell so-called "degenerate" modern art they had seized from German museums. Photo: Reuters
Reuters
Comment now 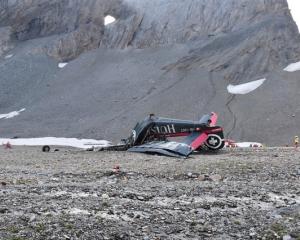