Obama Time's 'person of the year' 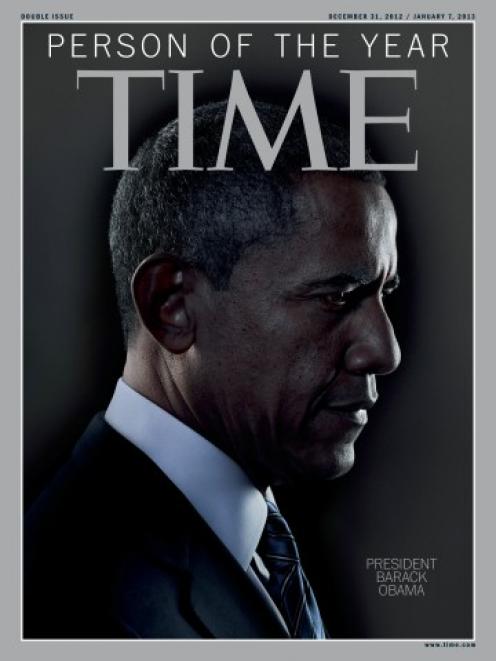 In announcing its annual selection, the magazine called Obama the "Architect of the New America."

"He's basically the beneficiary and the author of a kind new America - a new demographic, a new cultural America that he is now the symbol of," Time editor Rick Stengel said of Obama, who was also selected for the honor in 2008 when he became the nation's first black president.

Obama beat Republican challenger Mitt Romney last month with clear majorities from Latinos and other minorities as well as among young adults, a result that has forced conservatives to rethink their policy positions and political strategy.

There are many reasons Obama won again, "but the biggest by far are the nation's changing demographics and Obama's unique ability to capitalize on them. When his name is on the ballot, the next America - a younger, more diverse America - turns out at the polls," Time contributor Michael Scherer said in an article accompanying the selection.

Time also cited Obama's ability to clearly win a second term in the Nov. 6 election despite high unemployment and other challenges. The US jobless rate peaked at 10 percent in 2009 amid the recession but has been falling. In November, it dipped to 7.7 percent as more people dropped out of the labour force.

"He won re-election despite a higher unemployment rate than anybody's had to face in basically in 70 years," Stengel said on NBC's "Today" show.

"He's the first Democrat to actually win two consecutive terms with over 50 percent of the vote. That's something we haven't seen since Franklin Delano Roosevelt," he added, citing the president during the Great Depression and World War Two.

Americans are still struggling to recover along with the nation's economy and have expressed frustration with Obama, who won 4 million fewer votes than in 2008, Scherer wrote. But overall, the president has been able to hold steady, he said.

"In an age of lost authority, Obama had managed to maintain his," he said.

There was no immediate comment from the White House.

Time's award is a media honor that carries no medal or money, and nearly every US president has been selected since its inception in 1927. Obama has won other recognitions, including the Nobel Peace Prize in 2009.