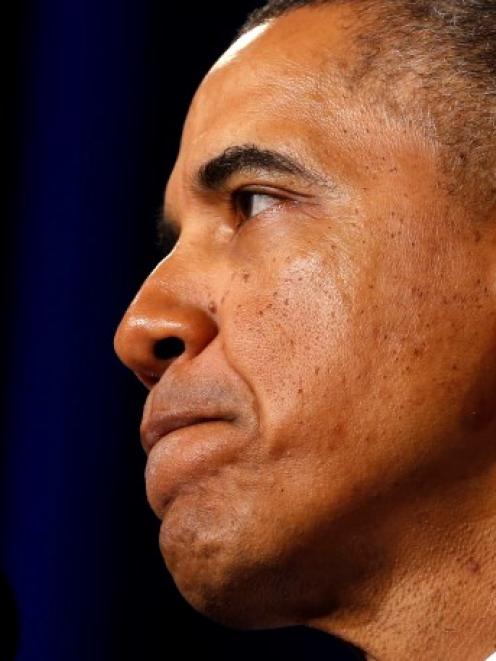 Barack Obama. Photo Reuters
US President Barack Obama believes smoking marijuana is a "bad habit" but thinks legal penalties now fall disproportionately on minorities and that states legalizing pot should go ahead with their plans.

"As has been well documented, I smoked pot as a kid, and I view it as a bad habit and a vice, not very different from the cigarettes that I smoked as a young person up through a big chunk of my adult life," he is quoted as saying in a New Yorker magazine article. "I don't think it is more dangerous than alcohol."

The president said he has told his daughters smoking marijuana is "a bad idea, a waste of time, not very healthy."

However, he said he is concerned that marijuana-related arrests fall far more heavily on minorities than on others. Legalization of pot should go forward in the states of Colorado and Washington because "it's important for society not to have a situation in which a large portion of people have at one time or another broken the law and only a select few get punished," he said.

Marijuana remains illegal in the United States under federal law, but 21 U.S. states allow or are about to allow medical marijuana use, and Colorado and Washington have decriminalized use of pot entirely. Alaska and the District of Columbia are considering following suit.

The Obama administration said last year that federal law enforcement will not target users in Colorado and Washington, as long as they comply with their respective states' laws.

The Department of Justice says it will not interfere with states' efforts to regulate and tax marijuana provided they are able to meet a set of requirements, including keeping it from children and restricting its flow into other states.

The president also said he believes that those who argue that legalizing marijuana will solve a number of social problems "are probably overstating the case." Legalization in Colorado and Washington will likely be a challenge, he said.

In the lengthy profile, the president muses over race, the Middle East, and criticism of his efforts to woo Congress, among other topics. Discussing race, he said that he believes some people will never accept having a black president.

The president said that the three sets of negotiations involving Iran, Israel and the Palestinians, and Syria each have less than a 50-50 chance of succeeding, but are necessary steps toward achieving stability in a volatile region.

If we were able to get Iran to operate in a responsible fashion ... you could see an equilibrium developing between Sunni, or predominantly Sunni, Gulf states and Iran in which there's competition, perhaps suspicion, but not an active or proxy warfare," he said.

On the question of whether Obama will write a memoir, former adviser David Axelrod called it a "slam dunk" that the president will. A literary agent estimated publishers will pay between $17 million and $20 million for one.

Obama said narrowing the gap between rich and poor would be a key part of his legacy.