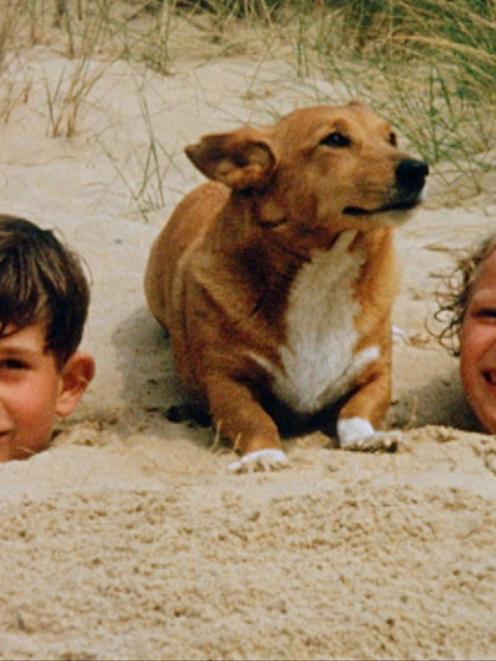 Britain's Prince Charles and Princess Anne play in the sand at Holkham Beach in this photograph from the summer of 1957 released today. REUTERS/Clarence
Britain's Prince Charles paid a personal tribute to his "mama", Queen Elizabeth, lauding her for providing stability as Britain prepares for four days of public celebration to mark the 60th anniversary of her accession to the throne.

"The Diamond Jubilee gives us the chance to celebrate with pride all that the queen means to us - whether as a nation or as one of her children," said the prince, the queen's eldest son and heir to the throne.

Huge crowds are expected in London for festivities starting this weekend to mark the queen's 60th year as monarch, a feat only achieved by one previous British monarch Queen Victoria in 1897.

Celebrations for the 86-year-old include a pop concert at Buckingham Palace, a grand procession through the streets of London and a 1,000-vessel flotilla along the River Thames.

In a film to be aired on BBC TV on Friday, Charles will recall intimate memories of the royals' private family life behind the grand doors of Buckingham Palace, including never publicly seen home movies and photographs, his office said. 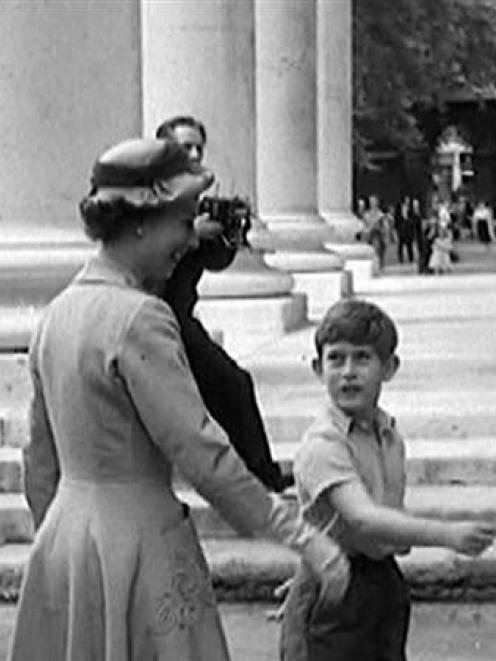 Prince Charles introduces his mother, Queen Elizabeth, to his school teachers and fellow pupils at the Hill House School Sports Day in 1957. REUTERS/British Pathe
These include an insight into Elizabeth's preparation for her coronation in 1953 when Charles recollects how the queen experimented with wearing the heavy gold crown, adorned with an array of precious stones.

"I remember my Mama coming, you know, up, when we were being bathed as children, wearing the crown. It was quite funny - practising," he says.

Other previously unseen photos include one from the coronation day itself, and one of Charles and his sister Anne being buried up to their necks in sand at a beach in eastern England in 1957.

"My mama takes great pride in her family, from being a young mother at the start of her reign, to now being a great grandmother twice over," says the 63-year-old prince.

Charles comments that the queen had "an amazing record of devotion, dedication and commitment" and helped "anchor things a bit and give reassurance that something is there which is perhaps a little more timeless than other things which are changing all the time".

"The fact that my Mama has been a constant feature on the scene has provided that sense, I think, of continuity in a time of immense change over 60 years," he added.