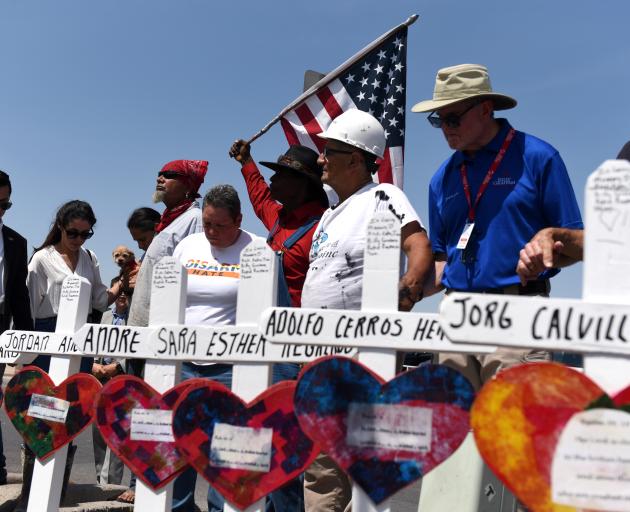 Two more victims of a shooting rampage at a Walmart store in El Paso, Texas died of their wounds on Monday (local time), police said, raising the death toll to 22 in a massacre that prosecutors say was an act of domestic terrorism.

The latest fatalities brings to 31 the number of people killed during the weekend in mass shootings in El Paso and Dayton, Ohio, that have touched off a new furor over gun violence in the United States.

Patrick Crusius (21) has been charged with a single count of capital murder in the El Paso case, court documents show, in what is likely a legal place holder to keep him in custody while the investigation is under way. 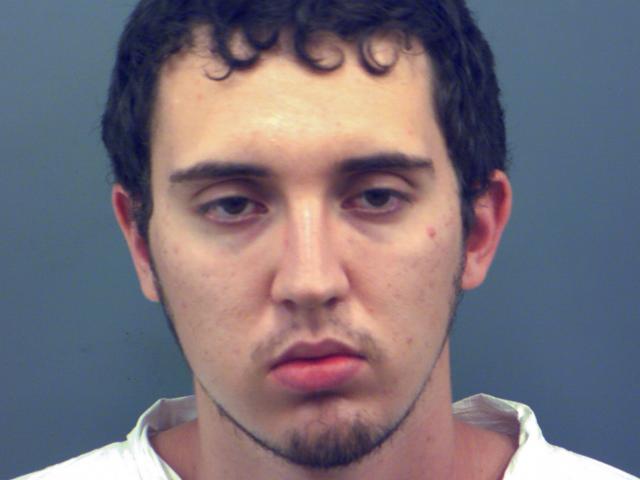 Shooting suspect Patrick Crusius. Photo: El Paso Police Department/Handout via Reuters
Authorities have cited a lengthy anti-immigrant manifesto, apparently posted online by the suspect before the Saturday morning shooting in the heavily Hispanic border city, which they said was evidence the bloodshed was racially motivated.

The four-page statement uploaded to 8chan, a largely un-moderated online message board often used by extremists, called the Walmart attack "a response to the Hispanic invasion of Texas."

It also expressed support for a gunman who killed 51 people at two mosques in Christchurch, New Zealand, in March.

The El Paso killings prompted 8chan founder Frederick Brennan, in an interview with the New York Times, to call for the site to be shut down. Brennan no longer has control of the site, which is now run from the Philippines by a US Army veteran, the Times reported.

Texas Governor Greg Abbott said Saturday's rampage appeared to be a hate crime and federal prosecutors called it domestic terrorism. A Texas prosecutor said the state will seek the death penalty against Crusius if he is convicted.

US gun control activists say the internet and video games cannot be blamed because they are also are popular in countries where mass shootings are virtually unknown, in part because it is harder to get a firearm.

It was unclear if Crusius had retained a lawyer or would make an initial court appearance. El Paso Police Chief Greg Allen said the suspect was cooperating with investigators.

The suspect's grandparents said in a statement read to reporters by a family outside their home in the Dallas suburb of Allen, 650 miles east of El Paso, that they were devastated by the attack.

"He lived with us in our house in Allen, Texas, while he attended Collin College," they said. "He moved out of our house six weeks ago and has spent a few nights here while we were out of town."

FBI Director Christopher Wray told a congressional panel on July 23 that the bureau has recorded about 100 arrests of domestic terrorism suspects in the preceding nine months and that most investigations of that kind involve some form of white supremacy.

The Texas rampage was followed just 13 hours later by the mass shooting in Ohio and came a week after a man shot dead three people at a California garlic festival before taking his own life.

In Dayton, Ohio, a gunman in body armour and a mask killed nine people in less than a minute and wounded 27 others in the downtown historic district before he was shot dead by police.

Police said the El Paso suspect opened fire with a rifle on Walmart shoppers, many of them bargain-hunting for back-to-school supplies, then surrendered to officers who confronted him outside the store.

In El Paso, residents on Monday brought crosses representing each of the victims to a growing memorial site near the store.

El Paso and Ciudad Juarez, together with the neighbouring city of Las Cruces, New Mexico, form a metropolitan border area of some 2.5 million residents constituting the largest bilingual, bi-national population in North America.

Trump has derided asylum seekers and other immigrants coming across the US southern border as liars and criminals, prompting Democrats to accuse him of racism.