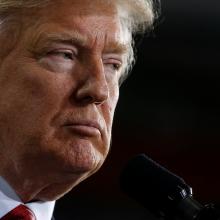 Donald Trump
Reaction to the massacre at a Las Vegas country music festival poured in from the United States and abroad on Monday (local time) after at least 58 people were killed and more than 500 wounded in the deadliest mass shooting in US history.

US PRESIDENT DONALD TRUMP IN A PROCLAMATION

"Our Nation is heartbroken. We mourn with all whose loved ones were murdered and injured in last night's horrible tragedy in Las Vegas, Nevada. As we grieve, we pray that God may provide comfort and relief to all those suffering."

"To victims, families & loved ones affected by this senseless violence in Las Vegas, Karen & I are praying for you & offering our love. The hearts & prayers of the American people are with you. You have our condolences and sympathies. To the courageous first responders, thank you for your acts of bravery."

"Keeping #LasVegas in our thoughts this morning after the horrific news." 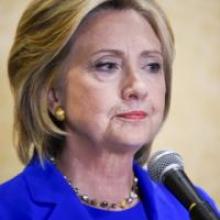 "Our grief isn't enough. We can and must put politics aside, stand up to the NRA, and work together to try to stop this from happening again."

"Michelle & I are praying for the victims in Las Vegas. Our thoughts are with their families & everyone enduring another senseless tragedy."

"Thinking of the victims and responders in Las Vegas. This should be unimaginable in America."

"This crime which killed tens of peaceful citizens is shocking in its cruelty."

"I was shocked by the news from Las Vegas. Our sympathy and condolences go to the relatives and families of the victims." 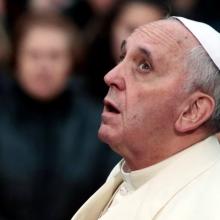 "Deeply saddened to learn of the shooting in Las Vegas, Pope Francis sends the assurance of his spiritual closeness to all those affected by this senseless tragedy."

"To the many families whose lives have been changed forever by this heinous act, we offer you our prayers and our promise that we will do everything in our power to get justice for your loved ones."

"A tragic & heinous act of violence has shaken the #Nevada family. Our prayers are w/ the victims & all affected by this act of cowardice."

"Our hearts and prayers go out to the victims of last night's shooting, their families, and those still fighting for their lives. We are working with law enforcement and will continue to do all we can to help all of those involved." 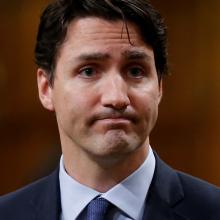 "Words fail this morning. The friendship & support of Canadians is with the victims in Las Vegas & the people of the US."

"We are shocked and horrified by the violence that took place in Las Vegas. The Secretary-General is sending a letter of condolence to the US Government today to express our sorrow at the lives that were lost."

"The UK's thoughts are with the victims and the emergency services responding to the appalling attack in Las Vegas."

"I am horrified by the awful attack at a music festival in Las Vegas this morning. The United Kingdom stands with the American people against this indiscriminate violence. My thoughts are with all those caught up in it." 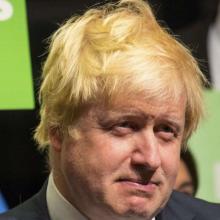 "The loss of life in Las Vegas is profoundly horrifying. Innocent people went out for an evening of fun and walked into a nightmare that defies our ability to understand or express sorrow in words. Our hearts are heavy today — and our thoughts are with the victims of this senseless attack, their loved ones, Mayor Goodman, and all of our friends in that great city. My prayer is that they find healing, recovery, and strength in this moment of indescribable pain."

"Thoughts & prayers are NOT enough. Not when more moms & dads will bury kids this week, & more sons & daughters will grow up without parents. Tragedies like Las Vegas have happened too many times. We need to have the conversation about how to stop gun violence. We need it NOW."

"To all those political opportunists who are seizing on the tragedy in Las Vegas to call for more gun regs ... You can't regulate evil." 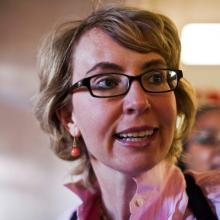 Gabrielle Giffords. Photo Reuters
"As after #Orlando, I will NOT be joining my colleagues in a moment of silence on the House Floor that just becomes an excuse for inaction."

"Heartbroken by the scene our nation is waking up to this morning. No person should endure the horror Las Vegas experienced last night."

"In this tragic moment, I encourage people across America to stand together in solidarity, and to support the Las Vegas community and all of those affected, especially by giving blood and encouraging others to do the same. In the face of unspeakable evil, our whole nation must respond with countless acts of kindness, warmth and generosity."

"Our prayers and deepest sympathies are with the families and loved ones of those killed and injured in last night's tragic and senseless shooting and we stand with the people of Nevada in this difficult time."

THE GOVERNMENT OF MEXICO IN STATEMENT 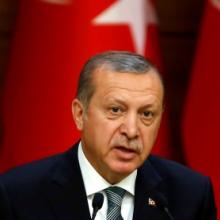 "I condemn in the strongest terms possible today's terror attack in Las Vegas. I sincerely hope that such attacks won't happen in the future. On behalf of the Turkish people, I offer my condolences to the families and loved ones of the victims and all Americans."

God help victims and their families.
It's remarkable that only President of Turkey (a Muslim) correctly describes this as "terror attack" while others hypocritically call it "shooting". What would all the others say if shooter was a Muslim even if not affiliated with terrorist organizations.