Beyond Mana, more by-elections may be on horizon 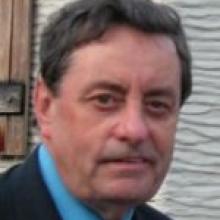 George Hawkins
By-elections have not always been the rarity they are today. With the wonders of Wikipedia, and mortality rates being what they were 100 years ago, we can easily know that four deaths and a resignation precipitated five by-elections in the 17th Parliament, 1909-11.

Compare that with the fact that there have been only two by-elections since MMP began in 1996.

The Mana by-election today is the second by-election to be held this term, already putting it into the realms of pub quiz trivia.

The 5am starts to provide bodies for human hoardings or railway station leafletting are taking their toll on MPs from all sides of the House.

By-elections suck up resources and energy that most parties would rather preserve for general elections.

And they are being distracted from their regular duties and the issues that really interest them.

But the reality is for both parties that, beyond Mana, the political horizon feature more by-elections.

There is a real potential for at least three more - Manurewa, Botany and Te Atatu - and that would put this term into the modern record books.

A month ago, a by-election in Botany, held by Pansy Wong, would have been unimaginable.

It has become a real prospect with further investigations into possible misuse of the international travel perk, and the deep loss of face she and her husband are facing, whether or not misuse is found to be serial.

Ironically, it was Labour's Manurewa MP, George Hawkins, who helped to make Botany safe for National.

Against the wishes of the Labour Party, Hawkins supporters lobbied the Representation Commission to change the draft 2008 boundaries to make Manurewa more secure and in the process made Botany safer for National.

Mr Hawkins always has had an individual streak.

No-one knows better than Mr Goff, who this week, in the midst of the Mana by-election, has been working overtime to avoid a by-election further up the country.

Mr Hawkins has been elected to a local board of the Auckland Council and has announced he will not stand at the next election.

There is a huge battle going on beneath the relatively calm waters over his replacement for the safe seat he won last time with a majority of 6726.

The battle for Manurewa is not so much between the candidates themselves as between Mr Hawkins and the largest affiliated Labour union, the Engineering, Printing and Manufacturing Union (EPMU), headed by Labour president Andrew Little.

Local boy and union organiser Jerome Mika is one of the seven seeking the candidacy in the December 12 contest and Mr Hawkins doesn't want him.

It's a bit like John Key and Roger Douglas - anyone but Mr Douglas, insists the Prime Minister.

With Mr Hawkins, it's anyone but Mr Mika.

It is not personal. It is that he is EPMU's pick and has a good chance of winning.

Mr Mika is not the pick of all unions: the Service Workers are backing former list MP Louisa Wall.

But as the selection draws nearer, the fear of Mr Hawkins resigning if he doesn't like the result of the selection has become stronger in the party.

Some think it is just an empty threat and that Mr Hawkins would not want to forfeit a year's parliamentary salary of $131,000 just to protest at a union-backed candidate being selected.

Mr Goff does not think it is an empty threat or he would not have had a private meeting with Mr Hawkins on Tuesday in an attempt to dissuade him from resigning.

The bad blood between the unions and Mr Hawkins has a long history.

It goes back to 1990, when Mr Hawkins, then mayor of Papakura, won the party's nomination after former Labour finance minister Sir Roger Douglas stepped out of politics.

The unions backed left-winger Alan Johnston, a South Auckland housing activist at the time, who has since stood for the Green Party. They lost.

Mr Hawkins was backed by the Douglas acolytes in the party, at a time when Mr Douglas was a pariah of the left.

But the incentives for tight disciplines are weakened out of government.

The unions wanted Mr Hawkins out last election, but he dug in. They made it clear that he would be challenged if he sought to run again next year.

Whether he remains an individualist or a rebel will depend on the selection.

And Mr Goff's standing will take a hit if he can't stop Mr Hawkins. The result in Manurewa on December 12 may also have consequences in Te Atatu, where a new Labour candidate will be selected on December 18.

The unions have formed a consensus around left-leaning list MP Phil Twyford, and ex-Labour incumbent Chris Carter has spoken of him positively and publicly.

Those factors, and the fact that Mr Carter still has a strong relationship with the Labour Electorate Committee, suggest Mr Twyford is favoured to win.

However, the gender issue is looming as a big factor.

Four Labour women MPs lost seats in Auckland last election and, after David Shearer won Miss Clark's old seat in the Mt Albert by-election, none of the 18 Auckland seats are held by women.

For a party that champions feminist politics, some of its feminists see it as unacceptable that Auckland women MPs are list only.

They would argue that, historically, Labour selections for safe seats have gone to men and that the women should get some of that traditional seat security.

And if that view finds favour, then Kate Sutton, a former women's vice-president, could upset Mr Twyford's favouritism in Te Atatu.

The selection is four weeks away and will be settled by Christmas.

In the case of Te Atatu, Labour has to be ready.

Having expelled Chris Carter for disloyalty to the leader, it can expect no loyalty from him in terms of preserving their fighting fund.

If he gets a good job offer in the next few months, he is expected to resign and force a by-election.

Which ever way it goes tonight, MPs from both sides will breathe a sigh of relief. The relief may not last long.