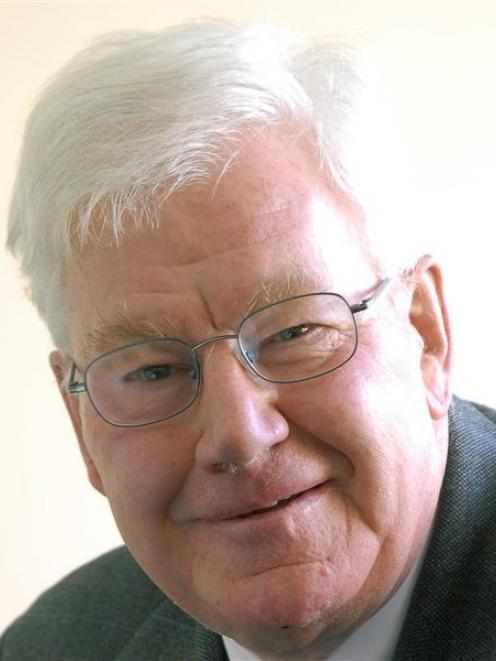 Two national and one Australian provider have been preferred, where previously 17 groups carried out the work.

The dismay and outcry was triggered on several levels. Coming after KiwiRail's decision to abandon Hillside workshops in Dunedin in favour of Chinese suppliers, a board has said local is not good enough - again. People have been left with the impression organisations with deep roots in the community, apparently, no longer cut it in the modern world.

Big is beautiful and only outsiders have the skills and efficiencies to provide better services.

What has applied more and more in the business world has spread to health provision, and, it would appear, locals did not have a real chance.

In parallel is the way that what seemed to work reasonably well in the past has been overturned. Again, the feeling is that major disruptive change - comparisons with Novopay perhaps - has been sought, rather than change by evolution. Compounding angst in the SDHB case is the dearth of information and detail on the reasons behind the rejection of the combined PSO and DRCS bid. While occasional snippets have emerged, the health board has bunkered down, with speculation flourishing in the vacuum.

Not just PSO but everyone else has been kept in the dark. The new services are scheduled to begin as soon as next month, with PSO and DRCS workers, who undertake about 42% of the work, being transferred to the successful bidders. In the meantime, about 12,000 signatures have been collected in protest at the exclusion of PSO and DRCS, and the health board has taken a beating on the public relations front.

PSO will appeal to the board tomorrow to be reinstated and, if unsuccessful, intends to seek a High Court interim injunction.

Late last week, health board chairman Joe Butterfield said including PSO and its regional partner would make the service more expensive and ''reduce the efficiency of the front-line management of looking after the people''. That seems to suggest the board believes having fewer providers is cleaner, simpler and more effective.

The chosen larger organisations would operate better in various ways, and dealing with fewer providers would make the board's life easier. And in the middle of last week, chief executive Carole Heatly said the new service would be enhanced and more flexible. Ironically, it is said that PSO has encouraged the board for years to be more flexible.

Apparently, the new service will be ''more equitable'', and the words ''restorative model'' have been used by health officials. Clients will thus become more ''independent''. Of course that is a worthwhile goal, although often home support is simply about keeping people at home and out of rest-homes or hospitals. Also, how would a new system operate with home support workers - who generally do a fine job - of widely varying ability?

Can they, on close to the minimum wage, be expected to take on much more?Apparently, cost was not a reason PSO missed out because it was within guidelines. Nevertheless, the aforementioned snippets of information, and words like ''efficiency'', seem to indicate otherwise, at least in the long term. More independence sounds to the sceptic like code for less support.

Costs in our health service are important as are, therefore, more efficiency and fresh approaches.

But, assuming it does not now relent, the board is ditching ''tried-and-true'' services and seems to be taking on big-is-best and outsiders-are-best ideologies. In these circumstances, it and its senior staff will be under intense pressure if the ''new service'' fails to be an improvement. Without any detailed explanations, it is little wonder the community is hurt and suspicious.

Both the Government, which directly and indirectly controls much of what the board does, and board members themselves, up for election later this year, could well suffer in the aftermath of this public disquiet. The board had better get it right.