The girls were way ahead of me in form 2 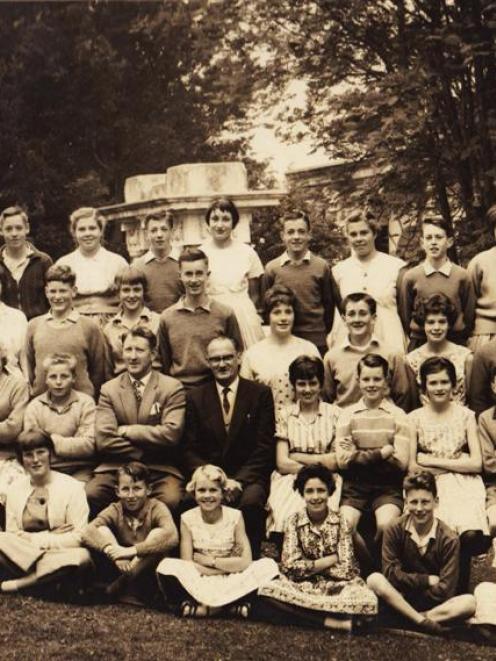 If rock'n'roll anecdotes are to be believed, and it would be a very dull world if they weren't.

Keys first met the Stones in 1964, when, sequestered in a hotel room on one of what would be many more hundreds of rock tours, he heard an outrageous string of profanities in the hallway outside his door.

It was Mick Jagger, loudly delivering the F-word in his London School of Economics voice, using the word, as school children do today, as a noun, verb, preposition and adjective.

''I had never heard anyone use that word like that in public before,'' Keys recalled in a later interview.

''I decided I had to meet this guy, and spend time with him.''

So he did, although it was Keith Richards, born on the very same day as Keys, with whom he would form a deep and medically decaying friendship over the next 50 years.

The F-word is an interesting thing.

About 1964 was probably the time I learnt what it meant.

Maybe 1963, who could possibly remember such a thing.

But I do remember 1961, the first time the word entered my life.

Such is the tyranny of memory that I remember the gender balance in our form 2 class as being 28-9 in favour of the girls.

I have dined out on this outrageous statistic for years.

The girls terrorised us like a pod of hammerhead sharks, I would say.

That memory was made worse by the fact I was merely 11 inches high in that class.

Given that girls of that age mature faster than boys and often have the edge over them physically as well - incontrovertibly the best and toughest player in the grandson Rowan's rippa rugby team is a girl; she plays not unlike Julian Savea.

Imagine then my surprise when I dug out the form 2 class photo and saw the gender balance was 22-18.

No matter, I will continue with the illusion.

The girls, and I could name names but I won't because who knows, some of them may still be in town, still hammerhead-shark-like, were constantly plotting to get what they wanted.

And Kaikorai, then, being quite a low decile school - a place where I learnt to shoplift, get into movies and on to buses free - what many of the 22 girls wanted was the stuff that is on the telly after 8.30pm.

A 12-year-old girl sat behind me by the nature study table for part of that year knitting clothes for her upcoming child.

But pregnancy to me was just a tummy fattened by too many pies.

I knew nothing about nothing.

So when the powerbase in the 22 decided on their new game - sending coded messages to the boys one by one - the hunkiest boys got the coded messages first, I was ripe for humiliation.

Breaking this code was twice as easy as breaking a window - 1 equalled A, 2 equalled B, and so on.

I was chosen late in the 18, such was my low standing amongst the girls, but low standing is a common thing in the primary school playground.

The coded messages were delivered for a few days and then came The Final Coded Message.

Our phone at home ran hot that night, which pleased my parents no end; girls ringing their 11-inch-high son, thank the Lord, he's finally turned the corner, girls LIKE him.

''Have you broken the code?'' the girls squawked, as I listened on one phone, unaware my parents were on the other.

I will never forget their teeth-grinding sigh.

So yes, I learnt what the F-word meant a few years later.

If I had known in 1961, I would have finished up in the Rolling Stones.