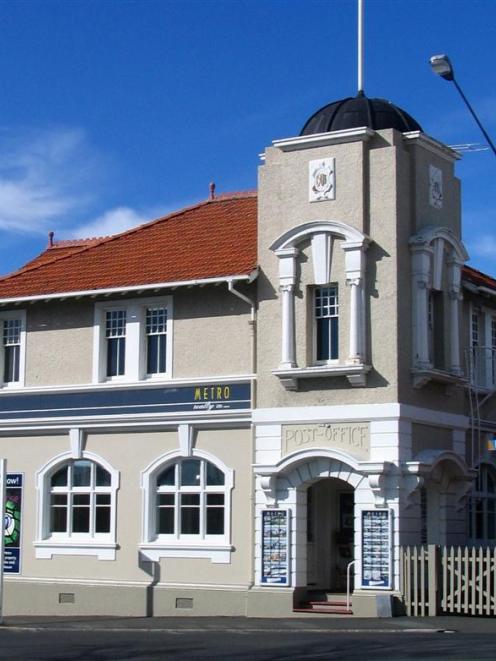 But seriously, cliches aside, don't get me started. I was in a queue at the Moray Pl post office last week and it sent me round the twist. Fifteen people in front of me and 10 behind - yes, that's what you do in a post office queue these days, you count the people around you. And you wonder what wrong-headed thinking has caused post offices to be closed DOWN when NZ Post's surplus for the last financial year was $169.7 million.

Before I continue to not get started, let me just say that the staff at the Moray Pl post office are some of the finest people I have ever been in business with. I was in there every day when running my music store, sending weirdly shaped boxes of music all over the world to sustain Dunedin's reputation as one of the biggest trade exporters in the Southern Pacific Basin. There were women there who were so helpful and kind I even started giving them Christmas presents.

Some of them are still there. But the queues have octupled. Now, instead of somehow staying bright and happy all day long, despite dealing with foreign tourists who can't speak English and people who can't find their purse - yes, I am a disgustingly impatient man - they now have to say, to absolutely every customer, sorry for the wait.

Can you imagine the state of their larynxes at the end of each working day? That phrase must carve a line in the throat that deepens by the minute. Ten years' apologising to customers for inexorable waits because NZ Post only has $169.7 million spare is going to create a fascinating collection of human throats to be dedicated to medical science. What is this deep and crooked larynxial chasm, the medical students of the future will ask - did these people eat sardine cans?

As the afternoon rolled by last week and the sun set slowly in the west, I took to looking back on post offices in my life. As a child I was given a shilling to bank at the post office every Wednesday, because, as it said on the passbook, one gathers money like the archer gathers arrows, pennies become shillings, and shillings become pounds. Personally, I made the shillings buy me lollies at Fairburn's grocery store next door, until the post office, heinous callous unthinking bastards even then, sent out a statement to my parents which said there was virtually nothing in the account. I guess tightening up on primary school deposits was how NZ Post grew their business to reach a profit of $169.7 million 50 years later. That's a lot of arrows.

And their double standards were appalling. Around the same time I found some crown coins tucked away in a drawer at home, which were nominally worth five shillings, but were not used as common currency, merely accruing considerable value for coin collectors. I knew the ones I called mine were worth heaps because I had asked at the public library. But the post office, lying demonic thieves even then, just gave me five shillings each for them to buy more lollies from Fairburn's grocery store next door. In a civilised society, that is called robbery. You can see why, when I am standing in a post office queue in 2012, I am jabbering to myself like a crazy man with wild eyes and clenched fists.

I don't know what the answer is. At the Moray Pl branch they have one window for passport photos. Maybe if I went there and said I couldn't read the sign because I am blind they might serve me on postal matters. The queue for that one is usually only about three. But NZ Post will have something scabrous planned for the passport photos window, you just wait.