Protecting the Maori Party is in National's interest 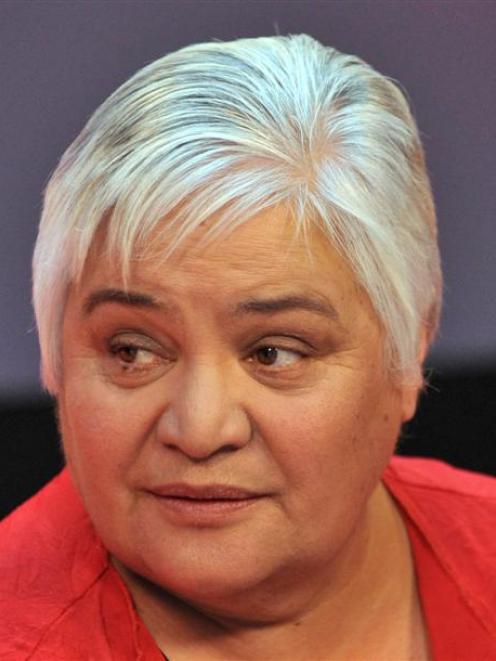 Maori Party leader Tariana Turia.
Tariana Turia and her Maori Party colleagues did not need the patronising lecture they got from Labour this week to tell them their ground-breaking deal with National carries huge risks for them.

Those risks are obvious. National's track record of helping those at the bottom of the economic heap is patchy compared to Labour's.

The deepening economic recession will likely send Maori unemployment soaring. The National minority Government will be too cash-strapped to help much.

With most of Maoridom having preferred the Maori Party had done a deal with Labour, economic meltdown could see Turia and company copping a similar backlash to the one which saw NZ First lose all its Maori seats to Labour in 1999.

Phil Goff fashioned his attack on the National-Maori Party deal along those lines, saying he hoped the Maori Party realised what it was doing.

The latter remark was widely seen as a particularly clumsy and patronising intervention by Labour's new leader.

But Labour has to be more sophisticated in how it destabilises the arrangement.

Goff argued that the Maori Party had committed itself to National without knowing the likely impact of National's policies. Yet, Goff would not have known exactly what is in the Maori Party's agreement with National.

He stressed how Labour had helped Maori on bread and butter issues like unemployment, income assistance, the minimum wage, state housing and so forth.

He said the Maori Party was ignoring National's track record in Government on those issues. The more he talked, the more condescending it all sounded.

He noted the Maori Party had committed itself to supporting National despite Labour winning the party vote in every Maori seat.

But Labour did not win enough of the party vote elsewhere to get the numbers to govern.

So why should Labour's failure sentence the Maori Party to spending another three years in Opposition? Goff may be right about job losses.

But there is comparatively little that National, the Maori Party or Labour could do about that in the short-term. Anyway, Goff missed the point.

What the Maori Party is seeking is access to resources that can boost Maori education and job training and so make Maori less vulnerable to economic downturn.

Goff should have stayed silent instead of displaying a "we know best" mentality that suggested Labour still thinks it is running things.

His warnings only succeeded in getting the Maori Party MPs' backs up. Those MPs think a repeat of the NZ First scenario is unlikely.

National treated NZ First with a measure of contempt even though the two parties were in coalition.

This time National needs the Maori Party to survive to continue to hold power long-term. National will thus have to keep massaging its relationship with the Maori Party.

Labour will consequently have to work a lot harder to get the Maori Party on board in 2011.

The reason for that is simple. The Maori Party knows it can get more out of National because National needs it to survive. Labour wants it dead because the Maori Party takes votes off Labour.

Consequently Labour will have to offer the Maori Party even more than National will.

Exactly what the Maori Party has extracted from this week's hectic talks with National should become apparent tomorrow when an agreement is signed by both parties, thereby giving National the support of the five Maori Party MPs on confidence and supply in return for the appointment of two Maori Party MPs as ministers outside the Cabinet and a string of policy concessions and policy reviews.

Naturally, National will present the agreement as win-win for both parties alongside National's separate deals with Act New Zealand and Peter Dunne's United Future.

It means National can now turn to the Maori Party on its left to pass legislation that Act NZ may block on National's right.

Key wants to dispel any perception that Act NZ is dragging National to the far right. That is why he has been so firm on not having Sir Roger Douglas as a minister.

National is already somewhat perturbed by Rodney Hide's muscle- flexing this week, although it puts it down partly to pre-negotiation branding and grandstanding.

The deal with the Maori Party drastically reduces Act NZ's influence for the remainder of the three-year term.

Getting the Maori Party on board is also all about helping National fight the next election. The danger for National is that last Saturday's result was a high-tide mark for the party.

In 2011, National may pick up some of the 4% of the vote that went to NZ First. But National knows it is unlikely to top the 45% it got last Saturday. More likely, its share of the vote will drop.

More than likely the Maori Party will hold the balance of power in 2011.

If National is to continue to get the Maori Party's backing, it needs the party to flourish. Otherwise, that party's 2008 voters will flood back to Labour.

It is in National's interest to be protective of the Maori Party. That will require a mind shift within National.

The party needs to be far more attuned to the fact that winning under MMP requires flexibility and moderation.

In Key's mind, National's long-term grip on power hinges on the party also becoming more centrist. Key sees the next three years as providing the opportunity to do so by changing what the public thinks about National.

If the party can keep its pre-election promises and not indulge in unpopular things like asset sales or slashing public spending over the next three years, Key believes National can cement itself as the party of the centre.

That in turn will help relations with the Maori Party, thus providing a lasting solution in part to National's shortage of viable support partners. Longer term, that relationship could also have a positive effect on National's woeful vote in the Maori seats.

This week's deal is historic both in its potential long-term impact on the electoral landscape and in bringing together two strands of New Zealand society which have little contact - rural and provincial conservatism and Maori radicalism.

It is a volatile mixture.

But if it can be made to work, National will be laughing all the way to the Beehive.