Some signs of trouble at the education mill 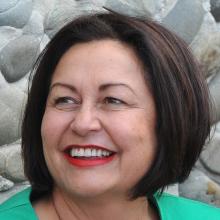 Hekia Parata
Trouble at t' mill! Teachers and Hekia Parata are in a standoff over ``global funding''. But is something bigger in the air?

The teacher unions announced last week joint meetings in September to oppose ``global funding''. They said that would disrupt some classes. Principals have since joined the chorus.

The unions say the proposal, on which Ms Parata's Ministry of Education is consulting with an across-the-sector group, will allow teachers' salaries to be spent on other things.

Does this add up to ``trouble at t' mill'', the north-of-England term for frequent workplace strife when England still had mills making things?

Might it mean lost classroom time if teachers get serious about blocking Ms Parata and the Cabinet gets serious about teaching teachers discipline? Ministers are usually wary of a fight with teachers because parents want children in class. The army can't fill in and teach. But parents also don't like union overreach.

So it is more likely shadow-boxing so far than 15 rounds in the ring.

Ms Parata insists ``global funding'' is just one of seven proposals. It would place funding for teachers on a notional average. Older, experienced teachers would not be replaced by younger, cheaper ones.

She says the aim is to shift funding from ``place-based'', calculated (bluntly) by the averaged socioeconomic decile of a school's catchment, to ``student-based'', geared to the cost of getting children up to speed at each stage, with a top-up for those ``at risk''. 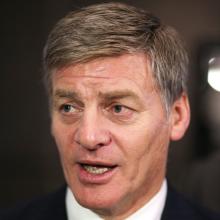 Bill English
But there is a bigger question. Is there still a mill?

Education last century was a factory. Children went in one end to be made into employees of various sorts on a conveyor belt to the other end. Henry Ford would have recognised it. It worked as well as his assembly lines.

The 20th century has gone. Now cars are customised, stuffed with electronics. Children need to be customised for radically different ``working'' environments, challenges, difficulties and variations.

Cabinet's initial response was Bill English's ``standards''. In 20th-century speak, that was ``fordist''.

Standards do din into (most) children mechanical skills they need at work. But they risk teachers distorting priorities so as to appear to have got their students up to standard, not least by diverting them into less demanding courses to boost the teachers' numbers of those passing NCEA level 2, which is one of Mr English's - he would say John Key's - bright-line ``targets'', set in 2012 and reset in 2015.

Ms Parata's aim is to wean her colleagues off this weakening standards drug and into this ``post-fordist'' century. She calls standards indicators, not targets.

She points to the emphasis in the now cross-party-backed 2007 curriculum on competencies, characteristics and values. Children need tenacity and resilience and to be team players.

American research detailed in June's Atlantic Monthly talks of ``non-cognitive skills or character strengths'', including ``resilience, conscientiousness, optimism, self-control and grit'' which ``aren't captured by our standardised tests'' but ``seem to make a big difference in the academic success of children, especially low-income children''.

Teachers who can engender those capacities are the 21st-century educators. Obviously, they must have those qualities themselves and Ms Parata's Teach First programme aims to find graduates with those qualities and train them for the classroom. 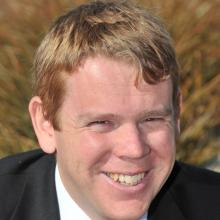 Chris Hipkins
Even better, Ms Parata says, if teachers can also get children involved in mathematics and reading with concrete, local examples that answer children's bemused ``Why am I learning this?''

Labour's Chris Hipkins agrees with most of that, then goes further.

He rephrases Peter Fraser's 1939 aim that education should enable all children to reach their potential as enabling them to ``realise the potential they didn't know they had''.

That requires, Mr Hipkins says, a ``different focus'' for the Education Review Office and a complete revamp of the Ministry of Education.

He thinks Ms Parata's ``communities of learning'' in which high-achieving principals and teachers mentor those in less-achieving schools are too rigid and ``managerial''. He would want to build ``clusters''.

That adds up to more money. Yes, Mr Hipkins says, but it will mean less in future on prisons, welfare and rescues of harmed children. You can almost hear the word ``investment'' in his comments.