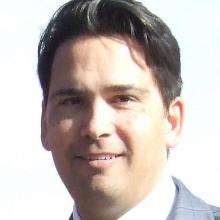 Not if you judge it by the National-Labour petty points-scoring on swearing-in day last Tuesday.

Shadow leader of the House Simon Bridges withdrew National's agreement the previous day to back Trevor Mallard for Speaker to leverage an increase in select committee numbers above what he had proposed pre-election.

Actual leader of the House Chris Hipkins failed to face down Bridges on that, which questions his capacity to do his job of managing Parliament's agenda.

If you were 18 to 29 and happened across this you would think yourself justified in your contempt for Parliament, MPs and parties and in not enrolling or, if enrolled, not voting. You might quote the old adage: ``Don't vote. It only encourages them.''

Except that ``maiden'' speeches from new MPs last week delivered the opposite message. A young person hearing these thoughtful, aspirational, decent, concerned speeches might enrol and vote - and encourage.

Of course, politics is about power, its allocation and exercise. Parliament gives voice to the winners and losers, so is a theatre of combat.

But is combat and pettiness the way to go about the big issues Jacinda Ardern and Trade Minister David Parker were dealing with in Da Nang and Climate Change Minister James Shaw (with Pacific Peoples Minister Aupito William Sio) in Bonn: trade and climate change?

Ardern went to Da Nang to say yes to TPP-11. She understood the international realpolitik involved for a tiny trade-dependent country that needs rules-based mechanisms. Trade opportunities and our engaged global citizen positioning are critical.

She and Parker bring back forms-of-words at TPP-11's edges to gild the realpolitik. Ardern can blame National for what they didn't get. It did not operate by cross-party consensus.

Ardern and Shaw (and Winston Peters) also grasp that climate change - what Ardern called ``my generation's nuclear-free moment'' - is bigger than a few points of GDP and that effective action needs broad buy-in, not changeable governments' unilateral action or inaction.

Hence their commitment to a heavyweight climate commission to chart a path to lower greenhouse gas emissions with a ``carbon budget''.

This was forthrightly backed in July by Jan Wright, then Parliamentary Commissioner for the Environment. New commissioner Simon Upton will be at least as forthright, which he as good as said to a conference last Thursday marking 25 years of Crown research institutes which he set up as a minister.

Upton brings back truckloads of data and research from his stint as environment director at the Organisation for Economic Cooperation and Development. He also brings a fierce intellect and a discomforting directness, including about the Key-English government's climate tentativeness in his OECD report in March.

Upton will be grist to Shaw's mill and to those of Parker, as Environment Minister, and Energy and Resources Minister Megan Woods.

They and New Zealand First agreed an ambition to be carbon-net-zero by 2050. Forestry Minister Shane Jones' billion trees will help by sucking carbon dioxide out of the atmosphere. Technology will help, including plant-based protein replacing animal meat and milk, which portends profound impacts on our economy.

The critical question is whether we get to net-zero ourselves or buy in emissions cuts other countries make - if the global rules allow.

Also critical is whether the answer to that question is by changeable governments or is a parliamentary project.

That suggests the climate commission should be a parliamentary commission - appointed by and answerable to Parliament, not by and to the government of the day as a Crown entity would be.

(Other candidates for that status are the Children's and Human Rights Commissions - and a Fiscal Commission to independently assess budgets and parties' election promises.)

Can there really be cross-party co-operation?

Then note that Todd Muller, a Globe group member, is National's climate change shadow minister. Muller brings both an agribusiness realism from his Fonterra and Zespri executive days and a commitment to stronger action, which younger and newer National MPs mostly share.

There is wide scope for inter-party disagreement on detail. But there are glimmers of a possible broad agreement on the trajectory, at least among the main parties, similar to that in the early 1980s on trade.

Then, just to be sociable, they arranged things so others could be victims too.