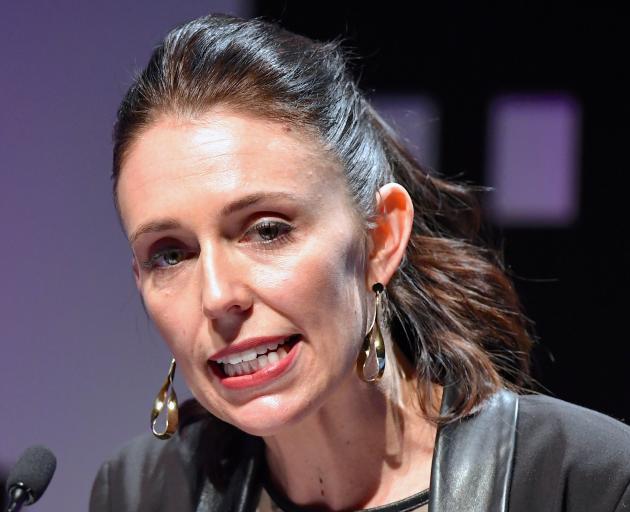 Jacinda Ardern. Photo: Reuters
It has been a month for centenaries of revolutions: Vladimir Lenin's Russian coup and Martin Luther's challenge to Catholic authorities. Their legacies are very different.

Lenin's revolution brought to power a brutal Communist autocracy which killed capitalism in one country but also over time trashed the collectivist alternative ideal. Western socialists, including Labourites here, turned to a social democratic accommodation with capitalism.

Luther didn't aim to kill Catholicism but from his challenge grew protestant religions with an individualistic ethos that eventually underpinned capitalism - an enduring legacy.

Winston Peters and Jacinda Ardern, from different angles, have talked of failures of capitalism needing redress.

Through revolution? No. Example: the tax working group's terms of reference and the choice of ''third-way'' Sir Michael Cullen as its chairman foreshadow reformist adjustments, not revolution.

But does capitalism provide a way of thinking about how to fix capitalism's failures?

Bill English would say yes: his ''social investment''. Will Ardern's government develop that into asset building, which is what capitalists aim for? Or will it stick with ''spending'': sticking plasters on social sores?

But gradually she opened to investment thinking - if it was genuine investment, that is, building assets such as people rendered able to take a full part in life. Capital - wealth - must be spread.

She talked of ''proportionate universality'': looking out for all children and ensuring none of the other 95% lose out from too narrow a focus.

Officials have been moving towards a wider notion of social investment. The Treasury is reframing economic development as ensuring social and other wellbeing. Some officials, including in the Ministry of Social Development (MSD), are trying to refine ways of measuring the ''social return on investment'', for example in social housing.

Will Ardern and Co build on that thinking?

Ardern and Chris Hipkins want schools to foster ''imagination, human creativity and problem solving'' to fit children for 2020s ''work'' and build a higher-productivity economy - also to build our arts and culture and value heritage (an Ardern portfolio).

Grant Robertson will invest in the Superannuation Fund, to build an asset against which to draw to part-pay baby-boomers' national super.

He also wants more for mental health. That takes us to another investment source - departments' external science advisers.

MSD's adviser, Richie Poulton, is an academic clinical psychologist. He was in a team of science advisers who earlier this year developed the basis for a mental health programme.

That highlights multiple governments' failure to build state investment in new science and technology. Budgets have been flat in real terms for a decade or more. Labour's flagship promise is a broad-brush, inefficient tax rebate for research by businesses.

Ardern and Co have said they will not sell state-owned enterprises. But will they invest in them? Kiwibank, MetService and Landcorp are well-run businesses.

Kiwibank is an alternative to the too-big-to-fail Australian banks. MetService is a successful high-tech exporter. Huge Landcorp can take risks experimenting and its successes could be made available to individual farmers.

How will Ardern and Co invest in digital government? Tuft University's Fletcher School rates New Zealand a leader in citizens' digital interaction with departments. In February, New Zealand will host a Digital Nations 2030 conference and a ministerial summit of the ''D5'' high-performing countries.

That takes us into the future. Ardern and Co are to plant trees to stall climate change. Will they demand all agencies do long-range projections to anticipate other future investment needs, as some have? Will they pick up Elizabeth Longworth's work on preparing better for adverse events to cut post-event costs?

Could ''investment'' be extended to evaluating the economic benefit of human rights of all sorts, which former Treasury official Anne-Marie Brook is researching? Ardern, after all, is pushing human rights up the foreign policy priority ladder.

Will Ardern invest in Oranga Tamariki's experiment in buying in services the children in its charge need, emulating the Accident Compensation Corporation?

Or is that a capitalist step too far - too revolutionary?

We are so far just getting talk will anything real be done. We now have a clark government indirect . we did not vote for this What ever happened to Winston