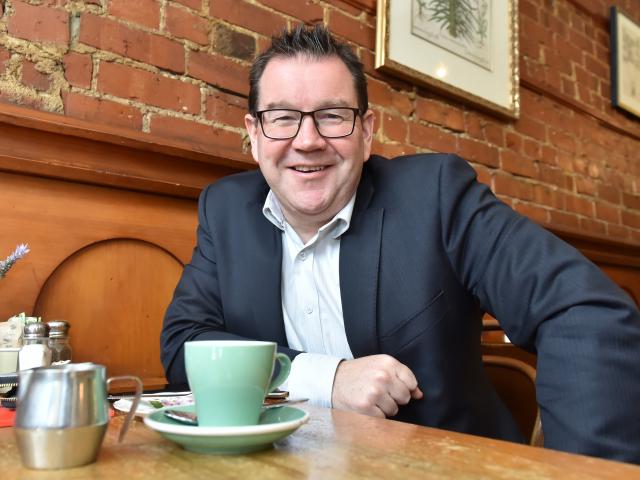 Photo: Gregor Richardson
National will soon have some finance numbers to get its teeth into. So will Labour, writes Colin James.

The Treasury HYEFU is on December 14. The HYEFU is the half-year economic and fiscal update. With it comes a budget policy statement setting out Jacinda Ardern's ministers' intentions for the next four years.

National will likely seize on Grant Robertson's slower track down to net debt of 20% of GDP and any spending numbers bigger than in his August 29 pre-election fiscal update in which Steven Joyce imagined an $11.7 billion ``hole''.

Robertson and Co are in new-government shock-horror mode, digging into predecessor Joyce's ``hole'': unallocated funds for $20 billion of promised defence re-equipment and $13 billion over 10 years for hospitals to meet population growth and replace aged structures, including the Dunedin hospital Bill English promised in the election.

Add in $100 million of health board funding shortfalls this year alone plus accumulating shortfalls in primary care and mental health care. Nearly every new minister has a tale of fiscal cramp. Ardern herself sees holes in funding for arts, culture and heritage.

They could say English's ``more with less'' has become ``less with less''.

Pot-and-kettle stuff. So, too, in the economy.

National will feed off any reduction of the Treasury's GDP forecasts since the pre-election update on August 23 (even if drought-driven) and lap up derogatory opinions by Americans, including in major papers, who seem keen to imagine Trump-like tendencies here to feel less bad about dumping dangerous Donald on the world.

Labour will say torrential immigration inflated Joyce's headline GDP numbers which in per-capita terms have been flaccid. As net immigration falls, so will headline GDP. Drought could turn that into recession.

Net immigration has edged down from the stratospheric 72,400 peak in the year to July. National tightened some visas. Labour will likely not need drastic action to get its promised 20,000-30,000 cut.

But will it get near Winston Peters' promised net 10,000?

Some officials say this country has become an increasingly attractive place to foreigners to study, live or hide away. The 2020s issue might well be whom we keep out rather than whom we entice in.

Look from abroad at the positives here.

Aotearoa/New Zealand has a benign climate and will likely be less directly affected by global warming than most countries. There is high-quality food and wine. There is space, abundant beauty and clear skies. (Though water pollution is attracting foreign media interest, including twice in the Economist in the past few weeks.)

Aotearoa/New Zealand scores at or the near the global top for institutions and general wellbeing. It is inconceivable a Trump could capture a major political party.

The population is tolerant by global standards and bicultural respect is evolving. Auckland is one of the world's most ethnically ``superdiverse'' cities.

Being at the bottom of the world keeps us distant from tyranny, off terrorists' most beaten tracks.

So we are still Rudyard Kipling's ``last'' and ``loveliest'' but no longer ``loneliest''. Living here is not isolation but part of a special place.

Absent a catastrophe, growing numbers from cramped northern megacities will likely want to visit or settle in coming decades. (As the British did after 1840.)

Heavy immigration imposes heavy infrastructure and public services costs on existing taxpayers, as Robertson's numbers show. Moreover, economists assess the net medium-term and long-term benefit as at or near zero.

And (as after 1840) large numbers of new arrivals may remake the nation in ways present-dwellers don't expect and don't understand.

That suggests it may be time for a strategic national consensus on a rate of population expansion, diversity and size at points in time.

Most politicians shrink from that, fearing cries of xenophobia, racism or insularity. National was quick to play that inverse race card in 2016 against Labour on rich Chinese buying Auckland houses.

Actually, xenophobic populism is more likely if there is no strategy. Large influxes surprise or disorient people who might then want arbitrary cuts and newcomers restricted to people like ``us''. Well-managed immigration could widen and deepen ``us'' while maintaining social cohesion.

Immigration - the globalisation of people - is just one of the big looming digital-age 2020s issues. Among them are: enabling people to manage fragmentary and insecure ``work'' and have sustainable incomes; fixing, not fine-tuning, the distorted tax system; and recalibrating international relations to reflect a rebalanced globe.

How Ardern's government addresses such challenges far overshadows this month's trivial pot-and-kettle. Will Ardern do a first-principles reconstruction or will she be a ``third-way-plus'' reformer, that is, Helen Clark's 2000s approach plus a bit?

Ardern may need more than one term to tell us the answer. Or maybe the answer will have to await a post-Ardern cohort.

Colin James is a leading social and political commentator.