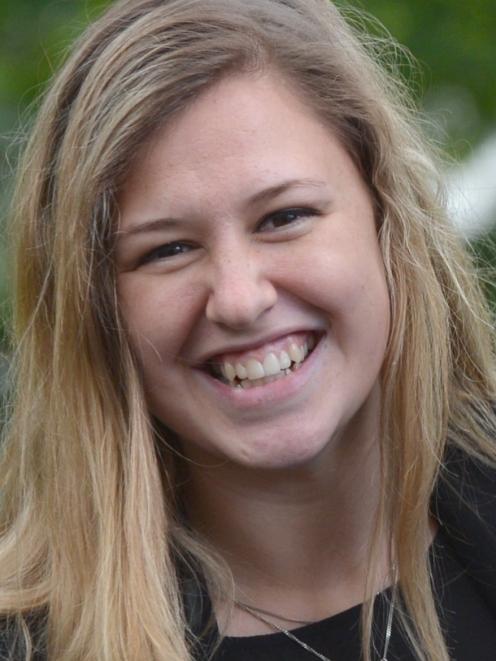 The university has slow internet. Students and staff have been frustrated for years. Remedies are on their way and OUSA will continue to monitor progress and provide feedback.

Right now, however, OUSA is supporting the Gigatown competition run by Chorus to provide the first one gigabit per second (1Gbps) internet connection in the southern hemisphere. This is at least 10 times faster than most current speeds.

We want Dunedin to win; we want students and the community to bind together so we will win. We want to ensure Dunedin stays the educational hub that it is. How do we maintain this? By encouraging Dunedin to make our votes count in the 2014 national elections.

This year's election is our opportunity to say how we want the country run. Students and young people in general do not vote in the same proportions as older people.

That invites politicians and political parties to skew their policies away from our needs. OUSA ran a project to encourage more voting in the 2013 local body elections and we think there was a measurable effect.

We can see a high number of councillors who have thoughtful, positive positions on student issues. We plan to have a similar outcome on Parliament.

For OUSA the focus for the national elections will be tertiary fees, loans and allowances. I believe the disadvantaged and under-represented have the same right to a university education as the advantaged and well-represented. That needs a practical expression through a fair system of student support.

The current system of high fees, means-tested allowances and loans has not led to the proportions of students from poorer families, for example, that the size of these populations would suggest ought to be at university.

There is no argument for the proposition that the number of coins in a person's pocket or their culture determines their ability. What is lacking is the practical expression of people's rights to a university education.

Last year the Government withdrew allowances from some postgraduates. The Government said this was replaceable with loans, which it was not for student parents. The policy is aggrieving students in four ways:

1. Dis-incentivising advanced study makes little sense as public policy at a time when education is one of the key routes to economic growth;

2. Shifting allowances to loans further increased student hardship and incentivised post-study departure to higher-paying countries even with interest, and the ''crackdown'' on overseas borrowers;

3. Decreasing support made it harder to study;

4 Misleading the public on the true situation for students compounded the sense of injustice.

Students work, even though they should be focusing on study, to supplement the shortfall in government student support.

Our Student Job Search service does magnificent work matching students with employers. Dunedin North has the third-highest rate of part-time employment in the country.

Our campaign will be political, because we know what we want, and it will be non-partisan, because no party has the monopoly on treating students well or poorly.

This is important for Dunedin too. A 1% change in student numbers equates to the same economic activity as the whole of ID Dunedin Fashion Week.

And the less students have in their pockets, the less they can spend in Dunedin. I know together we can achieve the goals for a vibrant Dunedin.

By getting faster internet including through #gigiatowndunedin and by supporting a fair system for students, we can keep the culture alive in the beautiful education hub that is our Dunedin.