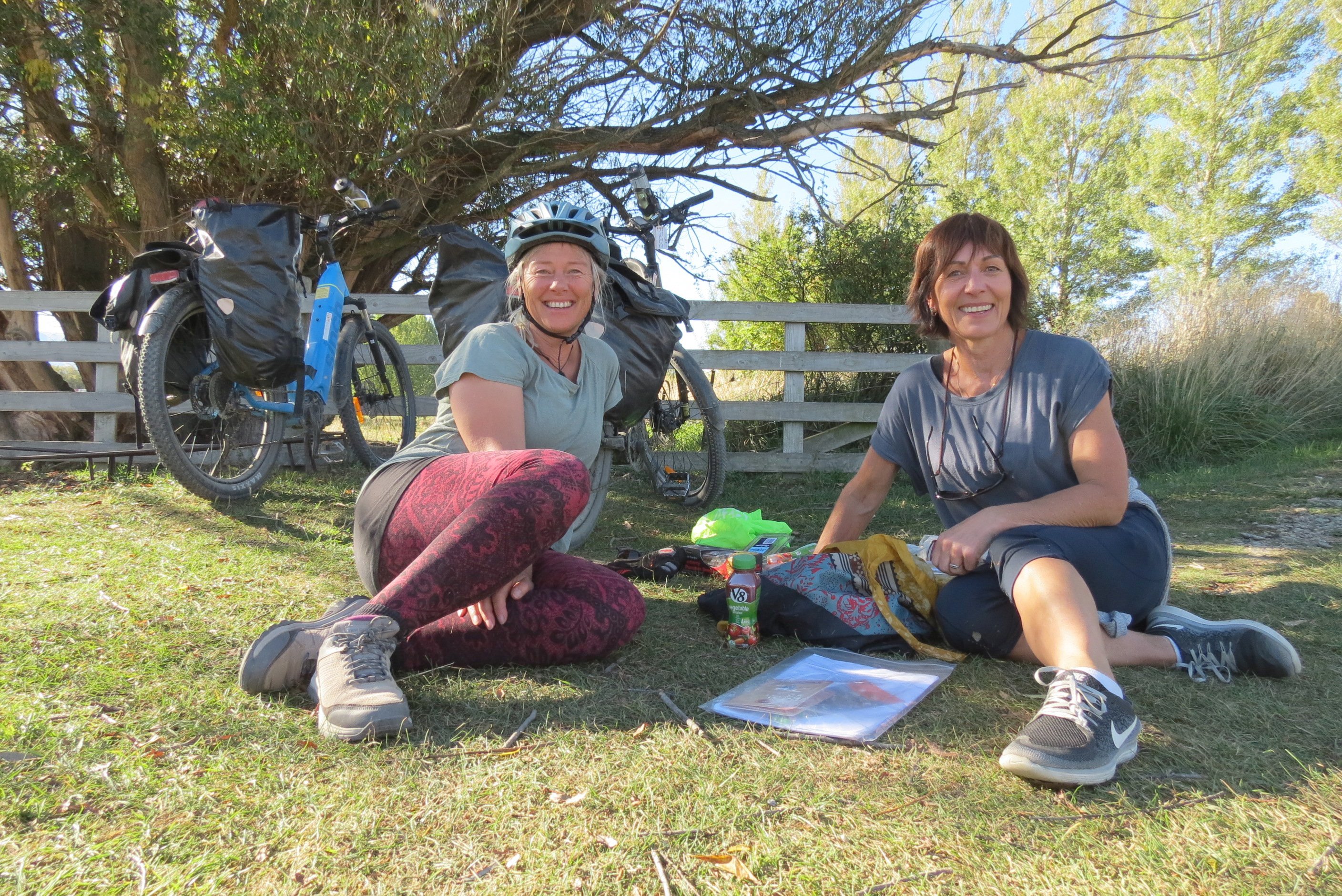 Making the most of the sunshine alongside the Otago Central Rail Trail at Chatto Creek are Felicia Forbes, of Banks Peninsula (left), and Cecilia Roke, of Ohakune. Despite a lack of international visitors, Central Otago’s tourism market is still performing well. PHOTO: ALEXIA JOHNSTON
Central Otago’s cycle trails are proving to be the backbone of the region’s tourism industry.

Last year’s Covid-19 lockdown coincided with what would have been the busiest period on the trails, yet the numbers did not dip that significantly compared with previous years.

Tourism Central Otago general manager Dylan Rushbrook said the sector had "effectively seen a perfect hold" on the previous 12 months, thanks to ongoing support from locals and visitors from outlying regions.

Before Covid-19, the Central Otago visitor breakdown was 75% domestic tourists and 25% international.

However, support from other South Island areas, including Canterbury, Otago and Southland, had helped fill part of the 25% gap created by border closures.

Mr Rushbrook said cafes and restaurants were busy, cycle trails were bustling and accommodation providers were taking bookings, which had collectively created a positive outlook.

Twelve months ago, the situation for all regions and sectors had looked grim.

Central Otago was not immune.

Mr Rushbrook initially prepared for what other regions, such as the West Coast, were now experiencing, as tourism numbers declined dramatically.

However, the district continues to be a popular holiday destination.

They have had a full house for the past month to six weeks and have had a steady flow of bookings in the restaurant.

He appreciated not every community was doing as well due to Covid-19.

Although the rail trail was a drawcard, cyclists were not the only people providing a boost to the town, he said.

Alternatively, a large number of people were hiring rental cars and camper vans.

He said the town had also grown in population in recent times.

"We had about 26 permanent residents here two years ago, now we’ve got close to 60."

"We want to make sure [tourism] is enhancing the lives of people who live here and enriching the place and its natural environment."