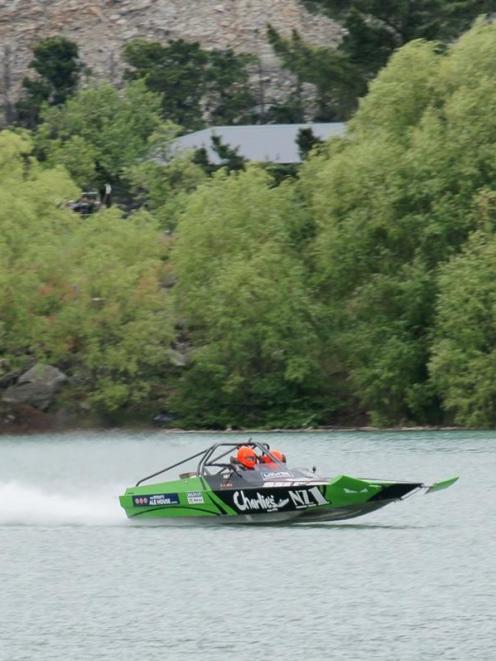 Guided by navigator Brent Hefford, he raced the final 72km leg from Lake Wanaka to Old Cromwell in 27 minutes, holding on to the lead he set on day one of the eight-day, 16-leg competition.

His overall time was the fastest by 19 minutes.

The race was not without challenges though - the weather had made it a tough event, he said.

Second-placed Dale Whiteside, a race-boat builder from Canada, said it had been a ''fantastic'' race and agreed the rain, fog and wind had been the biggest challenges of the week, making it difficult to see.

Rivers in flood were also a nuisance. Whiteside was particularly looking forward to racing on the Oreti but a high river level meant the course had to be shortened.

Yesterday, the 40km downstream leg on the Matukituki River was cancelled due to flooding.

Race organiser Tim Guthrie said despite the weather, it was ''exceptional'' to have 31 of the original 39 boats finish the race.

Canadian champion Chad Burns could not finish the race after his boat broke down, which he said was ''quite gutting''.

Over the week, the crews covered about 800km on South Island rivers.