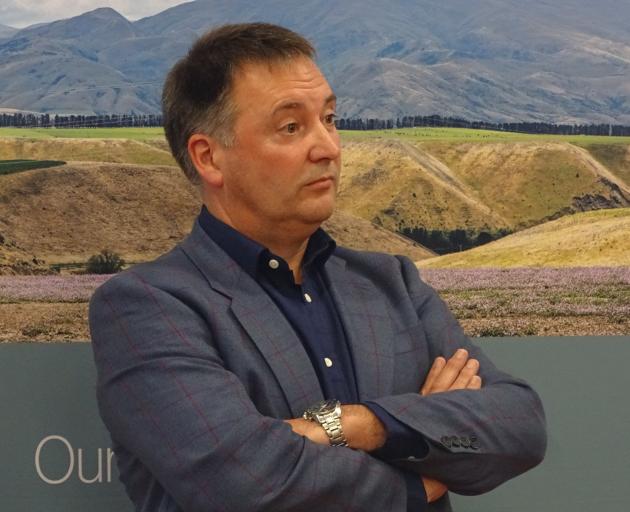 Tarras Airport project manager Michael Singleton (above) was among Christchurch Airport executives who answered questions from more than 30 Tarras residents for over an hour at the end of what was meant to have been a drop-in session at the Tarras Community Hall on Wednesday night.PHOTOS: KERRIE WATERWORTH
Christchurch Airport executives were caught off guard when a group of residents opposed to the proposed Tarras international airport turned a community drop-in information session into a public forum.

Organised by Christchurch International Airport Ltd, executives attended the two-day drop-in session at the Tarras Community Hall on Tuesday and Wednesday hoping to answer questions from residents on a one-on-one basis.

Donna Goddard asked why the feedback from residents on display around the hall did not include the comment "we do not want an airport here".

"The recent survey that was done by Wanaka Stakeholders Group had 80% of Tarras residents completely against it so I don’t know how that fits in here," Ms Goddard said.

Mr Singleton said he was not sure he had seen the survey.

Stephanie Zefferino said she and her partner Richard Hart had all of their savings tied up in a property that was now directly opposite the proposed airport site.

She said the drop-in sessions had not told her anything new.

"It is not really fair to keep coming, wasting our time," she said.

Mr Singleton said he understood her frustration, "but when we come to you with that information — we want it to be good, useful information".

Some had met the Christchurch airport executives for the first time and told her they did not go to the public meetings because "it was only the loud voices that got heard and it was not a safe place to ask questions", she said.

Mr Singleton said if consents and approvals were granted, the Tarras airport would be operational about 2030.