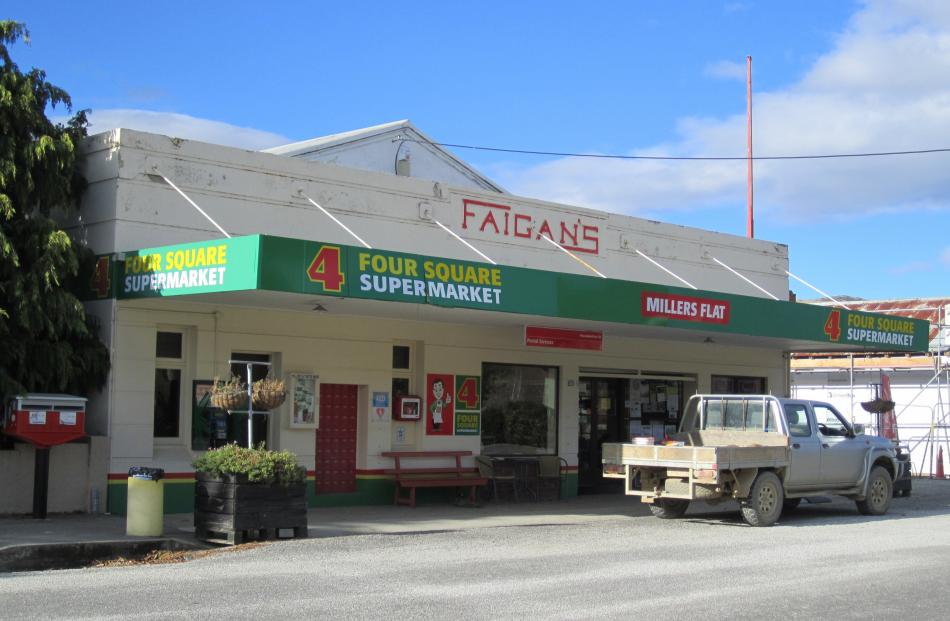 Faigan's Store closed on May 28. Photo by staff photographer.

Millers Flat's recently closed store has attracted expressions of interest from individuals wanting to take it over.

The town's only shop, Faigan's Store, closed on May 28 after Foodstuffs withdrew its Four Square franchise. The community-owned shop had operated in different forms for more than 100 years.

Most of the 120 people who attended a public meeting before the closure indicated they wanted it to reopen in some form.

Eoin Garden, chairman of the trust that owns the store, said individuals had expressed interest in taking it over.

"We've had a number of inquires with different ideas and plans.'' However, the trust wanted to see a business plan before moving forward, he said.

Long-time Millers Flat resident Forbes Knight said personally it was not a huge inconvenience to drive to Ettrick or Alexandra for shopping.

"Living on a sheep station you learn to think a fortnight ahead. It was quite handy, though.''

The mail service offered by the store has continued.

The closure would be more of a burden on those with cribs in the area, he said.

"There are not many permanent people here any more.''

The popularity of the Roxburgh Gold Cycle Trail could help business, he said.

"I always get asked by people doing the trail where they can buy coffee and sandwiches.''

The community still wanted someone to take the store over privately, he said.