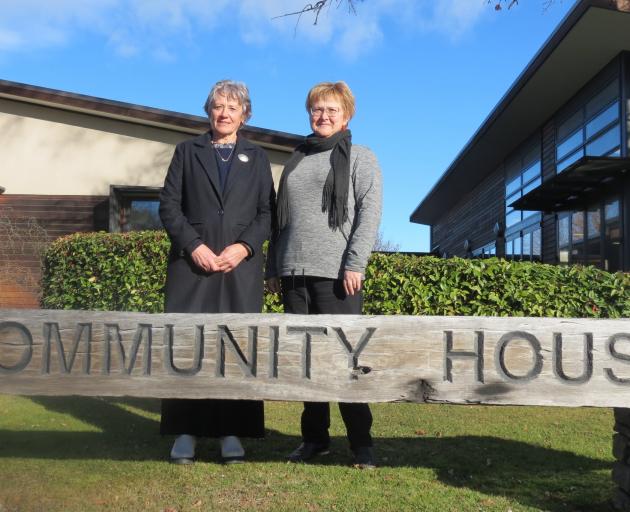 When that board transitioned to a permanent board, Mrs Lepper stayed on as chairwoman for another nine years, stepping down earlier this only because after three terms of three years each, she had reached her term limit. She was honoured at the board’s annual meeting on Thursday.

Local lawyer Jenny Denley of AWS Legal has taken over as chairwoman and said she felt very strongly about community service and the role was a natural fit.

She thanked Mrs Lepper for the hard work she had put into making the not-for-profit organisation what it is today.

"I feel privileged to be part of it and I have some very big shoes to fill," Mrs Denley said.

Mrs Lepper said planning for the project began in 2007, in order to fulfil a need in the community.

She is also the manager of Central Otago REAP, and said the educational provider had been looking for a new space at the time, having outgrown its then premises. Alexandra Arts and Crafts Inc was also looking for a better home.

The land Community House sits on is owned by the Alexandra-Clyde-Lauder Union Parish, which at the time had an old church and two buildings on the site.

"At the time, the thought of a new building to meet the social services need was quite exciting," Mrs Lepper said.

The parish felt the same, and was willing to lease the land for a minimal amount and become a tenant of Community House, meaning fundraising was only necessary for the building itself. Local companies including Breen Construction and other subcontractors built the hub for just under $3million and it was officially opened on February 3, 2013.

Grants from the Central Lakes Trust, Lottery Community and the Otago Community Trust, along with local fundraising, allowed construction to be completed with no need for a mortgage.

Sixteen social services agencies, educational providers and community groups are housed permanently at Community House, and Mrs Lepper said the synergies between them made the community stronger.

She spoke of a woman who came in for help on one matter but was visibly upset, so her contact at the first agency walked down the hall and came back with a social worker, who then called in someone from another community group in the building.

"By the time she left, she had a plan for what needed to be done," Mrs Lepper said.

"Having all the agencies in one building makes such a difference to our community and our clients."

Some members also used the building as a postal address and office space, and Community House offered members subsidised rates to rent space. Rooms and office spaces were also available to the general public to rent.

Having so many agencies in one building also gave clients anonymity.

"It was really important right from the start that people felt really safe and welcome coming into the building.

"It’s more than the bricks and mortar — it’s what happens inside the building that counts."