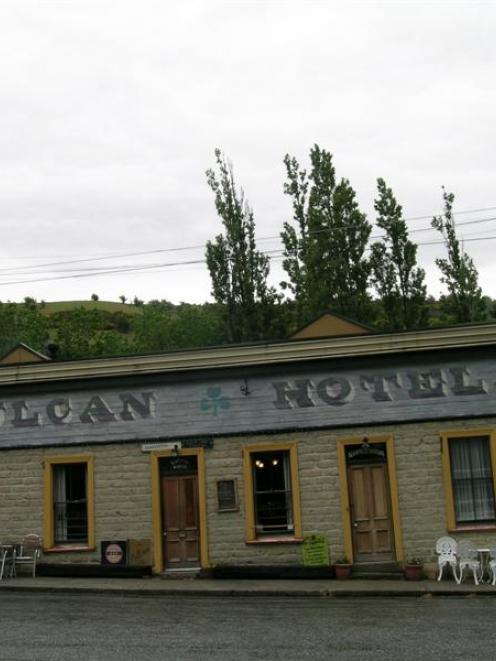 Jude and Mike Kavanagh, lessees of the Vulcan for the past decade, became the owners last week.

The St Bathans watering hole was constructed from mud-brick in the 1880s, and went on the market more than a year ago. It was owned by Vulcan Hotel Ltd, a company set up in 1987 by people concerned the hotel in the historic gold-mining village could be closed and its licence used elsewhere.

When approached by the Otago Daily Times yesterday chairman of the company's directors, Graye Shattky, of St Bathans, said the shareholders were "greatly relieved" the sale had been completed.

"We recognise that was the original intention, forming a company to save the hotel licence and continue to have it operating, but that was achieved and now it is in the best interests of the hotel and its future, for it to be privately-owned."

The company would be wound up, he said.

The parties involved in the deal declined to disclose the price paid for the hotel. Its rateable value, according to the Central Otago District Council rates roll, is $355,000 capital value and $83,000 land value.

Mr Kavanagh said the couple had "poured money " into the facility during the time of their lease, and when the opportunity came up to freehold the property, they jumped at it.

"It's an iconic pub and we've invested quite a lot in it over the years."

They planned no major alterations but a "spruce-up" was likely, allowing for the fact the Vulcan has Category 1 status as a historic place with the New Zealand Historic Places Trust.

The place gained some notoriety in the 1990s and early 2000s, after reports of a ghost in residence.

At the height of the 1860s gold rush, the town was home to about 2000 people, with 13 hotels catering for thirsty miners.