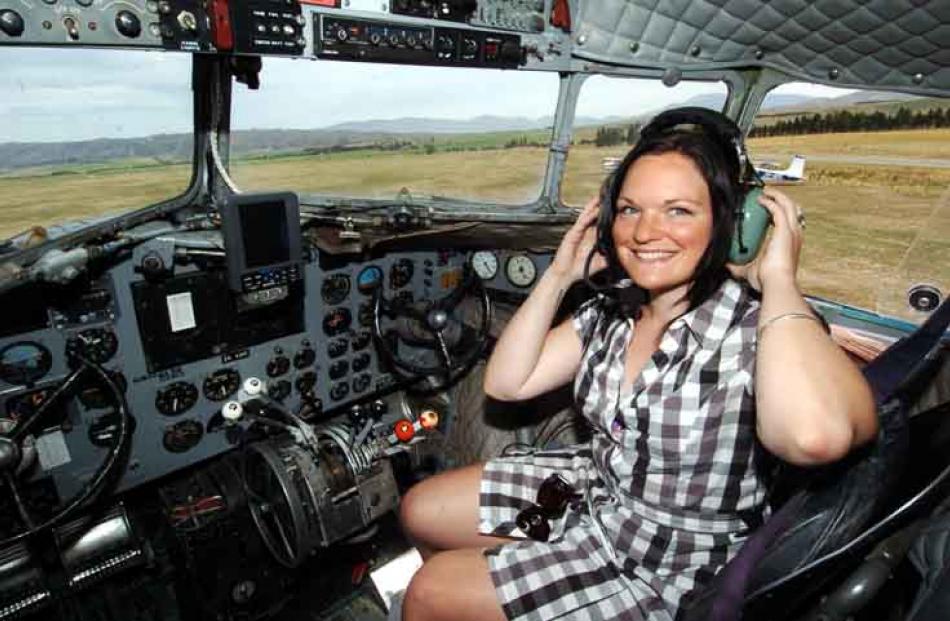 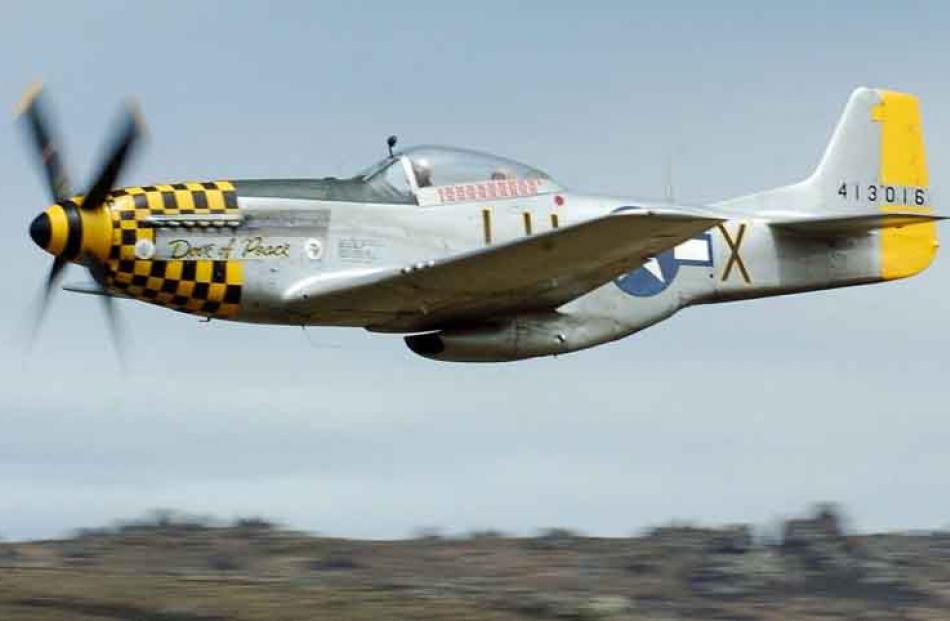 Aviation enthusiasts were treated to a rare spectacle at the Idaburn airstrip this week when a DC-3 heritage airliner and P-51D Mustang took to the sky. Rosie Manins joined hundreds of Maniototo residents and school children at the rural airstrip, near Oturehua, for the Southern DC3 Charitable Trust's Heartland Tour of the South Island.

It is not every day school-aged children and teenagers from rural New Zealand can touch the underbelly of an old war plane before sitting in its cockpit.

Hundreds of Maniototo school pupils relished the opportunity for a close examination of a 1944 DC-3 aircraft, which was once used to carry soldiers into battle.

The two-engined transporter was parked on a grass airstrip alongside State Highway 85 on Tuesday.

After a brief lesson on the aircraft and its 66-year history, pupils were invited on board to examine its interior.

For some, it was their first experience of being inside an aeroplane, while for others, the DC-3 provided an intriguing contrast to the high-tech appliances of modern commercial aircraft.

A detailed inspection of the DC-3 followed, which for many was the first and most likely last time they would sit on an airliner's wheels and count the rivets in its frame.

At 2pm, Wanaka pilot Rob Broek made a dramatic arrival in his World War 2 Mustang fighter, navigating a low, high-speed run over the 1160m landing strip at Idaburn.

Southern DC-3 Charitable Trust chairman and volunteer DC-3 pilot Dave Horsburgh, of Christchurch, said being able to witness both aircraft in flight was special, particularly in the rural setting.

"During the war, soldiers would have been parachuting from the DC-3, while the P-51D Mustang was being flown underneath to protect them.

"This is like the Wanaka air show coming to the Maniototo," he said.

It was the first time the P-51D Mustang joined the 1944 DC-3 on the Heartland Tour and would likely be the last, Mr Horsburgh said.

More than 150 people boarded seven scenic flights in the DC-3 from 9am, taking in a 30-minute loop of the wider area, including St Bathans, Naseby, Ranfurly, Wedderburn and Oturehua.

"We've had huge support from the Maniototo area.

"To date, we've been averaging about four flights each day and this has virtually doubled that, so we are very grateful," he said.

Mr Horsburgh said due to the DC-3 having a light wing load it flew "like a magic carpet".

"Which is why it has lasted so long", he said.

Pupils from St Johns School, in Ranfurly, made history as passengers of the first flight, which took them over the school grounds.

They became the first people to board a full-sized passenger plane from the Idaburn airstrip, which had previously only been used by top-dressing planes and other small aircraft.

"A lot [of the children] hadn't been in a plane before and so they'll remember that flight for the rest of their lives," Mr Horsburgh said.

Fellow DC-3 pilot Rodney Hall, of Christchurch, said although he was used to flying an Airbus A-320 for Air New Zealand, the heritage airliner was one of his favourites.

"We joke that we fly-by-wire with the airliners, but this is really flying by wire, because everything's wired up, right through the plane."

The tour ends on February 25, after visiting more than 20 South Island towns.