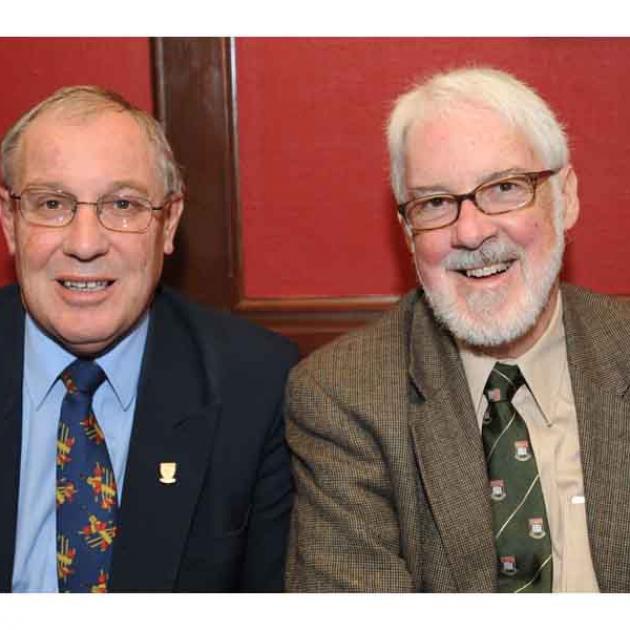 Warwick Larkins and John Loy.
Developers of the proposed $500 million McArthur Ridge resort at Springvale are not worried about the effect of today's slowing economic climate on the huge development.

Although the proposed complex swamps others in Central Otago by size, its directors are confident the development, northwest of Alexandra, will prevail through a time when some building proposals struggle to generate funding and investment.

Melview (McArthur Ridge) Ltd commercial and legal affairs director Warwick Goldsmith said the current state of the New Zealand economy did not pose a direct threat to the proposal.

"People looking to invest in major hotel and golf course developments do not make those kinds of decisions based entirely on today's economic climate; they look about five or 10 years ahead.

Although there are a few issues, the McArthur Ridge project is essentially based upon the wider appeal of New Zealand and Central Otago as a destination for domestic and international travellers, and today's economy is not going to affect that," he said.

Mr Goldsmith also emphasised the application was being dealt with in its initial stages, and the company did not want to get ahead of itself.

"We still have to go through the first planning stages before we can really make development plans.

We can't get sales or development funding until we secure consent . . . at this stage it looks pleasing but the reality is if someone lodges an appeal against the development, then we are knocked back by about two years," he said.

Appeals must be lodged with the Environment Court within 30 days of consent.

On June 20, Melview (McArthur Ridge) Ltd, in association with Melview Developments Ltd, was granted a plan change by the Central Otago District Council which comprised the rezoning of 846ha of rural resource area into McArthur Ridge resource area.

It is estimated the hotel complex could log 220,000 visitor nights each year by 2012, generating a substantial amount of money for the local economy.

Initial infrastructure costs are expected to be about $66 million.

The proposed development adjoins McArthur Rd and Springvale Rd between Clyde and Alexandra.

A total of 1500 visitor and residential units would be available at completion, with between 81 and 126 resort and vineyard worker accommodation beds.

The enhancement of tourism in the area was a reason given by about 40 submitters in support of the proposal.