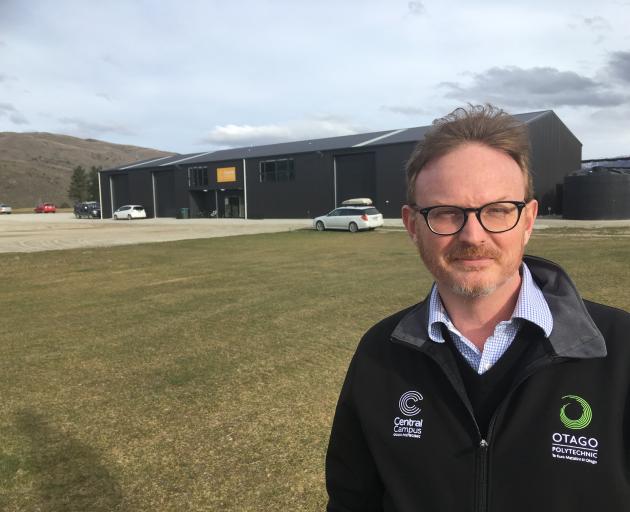 Construction of new facilities at the polytechnic's Bannockburn Rd site would now hopefully begin next year, and the project would not be affected by proposed national polytechnic reforms, campus manager Kelly Gay said.

"Quite the opposite - our plan was to continue development anyway," Mr Gay said. "These are pretty exciting times."

The council's hearing panel yesterday released its decision granting land use consent for the polytechnic to erect buildings at its Bannockburn Rd site, on the outskirts of Cromwell.

The polytechnic has proposed a four-stage development to expand the Bannockburn Rd facilities and relocate some operations from its Cromwell site there.

The polytechnic's "master plan" will result in the construction of a new cooking and hospitality building, incorporating a retail cafe/restaurant open to the public; a retail outlet for the existing brewery; a distillery, comprising a teaching facility and retail outlet; new propagation facilities, including retail sales of plants grown on site; and other new student learning spaces and administration areas.

No price tag or specific timeframe has been given for the expansion, but the polytechnic sought a 10-year, "flexible consent" because of the staged nature of the project.

The development would result in increasing collaboration between the polytechnic and Central Otago industry in the development of courses needed by Central Otago employers, and was an example of "the future of vocational education", Mr Gay said at the hearing for the application last month.

He said yesterday polytechnics were operating during "tricky times" because of the proposed government reforms of vocational education, but the Cromwell expansion would continue regardless.

The project would have "a range of direct and indirect positives" for the Cromwell economy, the hearings panel's decision said.

The Bannockburn Rd site was "well separated" from any neighbouring residences or other noise-sensitive parties, and the adverse effects from construction and from the buildings, landscaping and signage would be no more than minor.

The operating hours for all activities on site, including ancillary retail activities, will be 7am to 10pm, seven days a week.

Mr Gay said the design for the new buildings would now be refined through consultation with industry representatives.