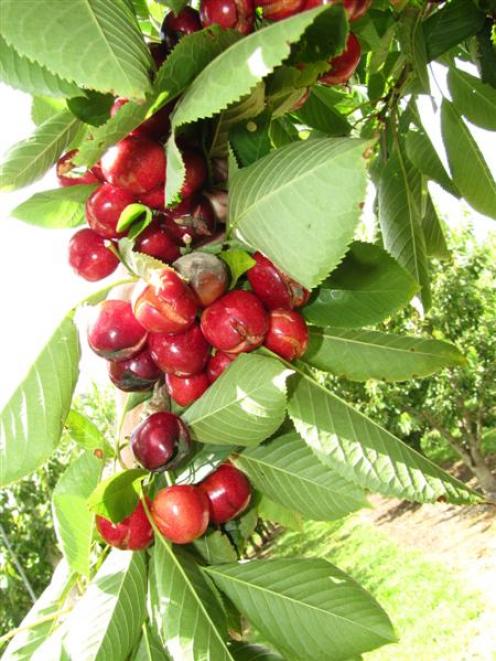 Up to 60mm of rain has fallen since Thursday night, which, followed by a warmer weekend, caused the fruit to split.

Summerfruit New Zealand chairman and Roxburgh cherry-grower Gary Bennetts said between 20% and 60% of the cherry crop had been damaged, depending on how much rain fell in each area.

He said apricots, which turned brown with too much rain, had also been affected but it was too early to tell by how much.

Roxburgh seemed to have had the most rain and Cromwell the least.

Mr Bennetts said with the number of cherry trees in Central Otago, growers should be getting about 3000 tonnes of fruit, worth about $45 million, combined; but last year, also because of rain, only about 1600 tonnes were picked.

This year, with lighter crops and now the rain damage, that amount was expected to be even less.

Earnscleugh grower Harry Roberts said his orchard got "a bit of a hiding", and he had lost more apricots than cherries.

"A lot of [cherry] trees were affected, but I don't know how much yet; I haven't seen."

He estimated he had lost between 20% and 70% of his cherry crop and about 30% of his apricots.

However, his nectarines and peaches had "loved" the rain.

"It's fattened them up."

Mr Bennetts said heavily damaged cherries would be left to the birds as it was uneconomical to pick them.

It was not clear yesterday how much of the Central Otago cherry crop had already been exported.