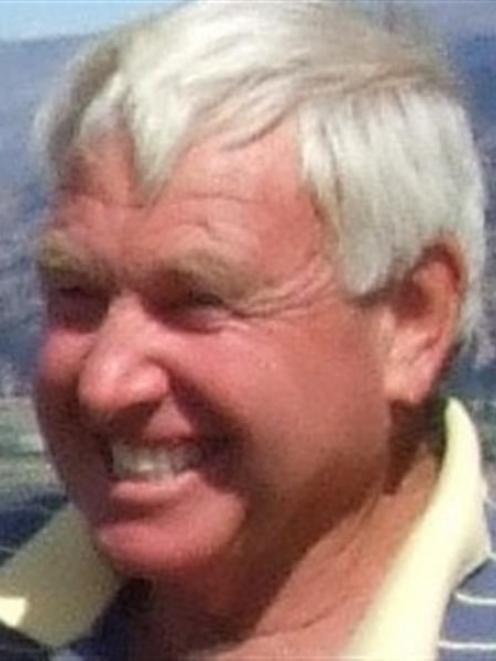 Peter Jolly.
With some final boxes ticked by shareholders, Tarras Water Ltd has cleared another hurdle and will release a prospectus this week. But the largest hurdle, that of signing up a dry shareholder, remains.

The company's shareholders met recently and passed six resolutions, including updating the company's constitution, which has cleared the way for the release of the prospectus.

Company chairman Peter Jolly said of the votes there to be taken (by people in person or by proxy), 95% were in favour.

Despite that, he said there was an almost overwhelming feeling of ''great positivity and optimism'' among shareholders present at the meeting which was something he had not felt before, leaving him feeling ''buoyant''.

''The people that were lukewarm about it are a lot warmer.

''[We were] never going to get a better season to sell water schemes.''

The prospectus will be released ''subject to a dry shareholder coming on board''. He said that might not necessarily be the Otago Regional Council, but when asked whether there might be another potential dry shareholder waiting in the wings, he declined to comment. The council was due to consider becoming that shareholder and buying up to $3.4 million in redeemable preference shares on May 8 but that now looks set to be considered at its June meeting.

Council chairman Stephen Woodhead said as the council had not received all of the information it had requested from Tarras Water, a decision could not be made until its June 26 meeting.

In the meantime staff were assessing the information provided and seeking independent advice. A report would then be prepared for the June meeting which was not ''ideal''.

That was because the council was due to confirm its annual plan and set rates for the following year at that meeting which would be affected by whether or not the scheme was supported, he said.

Mr Jolly said a fixed-price construction contract and some banking arrangements for the scheme were due to be signed off.

The capital construction cost is set at $37.3 million which will be 70% funded by debt and 30% by equity which is to be made up of 70% ''wet equity'', held by those that will benefit from the scheme and 30% ''dry equity'' or the dry shareholder.

The company will be entering into a $27 million bank facility agreement that has been confirmed in unconditional terms.

Though the regional council would not be considering its involvement until later, he said it was ''imperative'' the company pushed ahead in order to reach the completion date of October 14.

He said to meet that deadline, construction must start in June.

The Central Otago District Council had agreed to guarantee a bank loan up to a value of almost $8 million, or 20% of the capital cost of the scheme.

That agreement was conditional on regional council support.

To date, Tarras Water has spent $1.5 million, funded by Government grants and shareholders, on the scheme.

It is designed to irrigate 5999ha with water from the Clutha River.