Central Otago’s skies look set to host an international space tracking facility that will  help "clean up space" while sourcing cutting-edge data for a range of space-based technologies.

California-based LeoLabs yesterday announced a proposal to build its next space radar in Central Otago.

It has not yet disclosed the location or price of the project, but it would cost more than a million dollars and it was hoped construction would start next year, a LeoLabs spokeswoman said.

One of LeoLabs’ two radar facilities as seen in Texas. The Central Otago radar proposed will be similar to the Texas facility. Photo: Leolabs

The space radar would detect space debris as small as 2cm in diameter in low Earth orbit (Leo). It will be one of only three  operating in the world, in what will eventually become a larger international network.

LeoLabs’ other two space radars measured space debris down to a diameter of 10cm, so the new 2cm technology would be integral in the fight to "clean up space", the spokeswoman said. 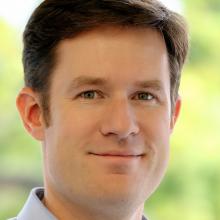 But "against this backdrop" was the risk to satellites and astronauts posed by space debris, "especially from the estimated 250,000 dangerous objects which are untracked today", he said.

LeoLabs describes itself as the leading commercial provider of Leo mapping and space situational awareness (SSA) services. Its core technology includes a global phased-array radar network that tracks debris and satellites in Leo, and its services include collision prevention, risk assessment, constellation monitoring and commercial SSA.

The  spokeswoman said it was intended to use Central Otago contractors to build the Central Otago space radar, but once it was built it would be operated remotely and not have any staff on site.

The company has also announced an agreement with New Zealand’s Ministry of Business, Innovation and Employment (MBIE) to promote the creation of applications and services that enhance New Zealand’s contribution to the space industry.

It has signed a memorandum of understanding with MBIE, which leads the Innovative Partnerships programme and houses the New Zealand Space Agency.

Minister for Research, Science and Innovation Dr Megan Woods said LeoLabs’ pioneering technology not only provided high-resolution mapping data and services to mitigate the risks of collisions that could potentially create thousands of new particles of space debris and damage expensive equipment, but would also have specific benefits for New Zealand.

"This government is committed to developing New Zealand as a hub for high-value, knowledge-intensive businesses that create value through innovation and R & D [research and development]. LeoLabs’ presence in New Zealand will be hugely beneficial to New Zealand’s emerging space industry."

Central Otago Mayor Tim Cadogan said the LeoLabs proposal reminded people of Central Otago’s clear skies and  the project would put the region further on the map as a night-sky destination "of unique quality".

"It’s  a very exciting thing to be happening in Central Otago, and in the broader context of what it can do for New Zealand."

He said the Central Otago space radar would have a "low impact" physically and visually.