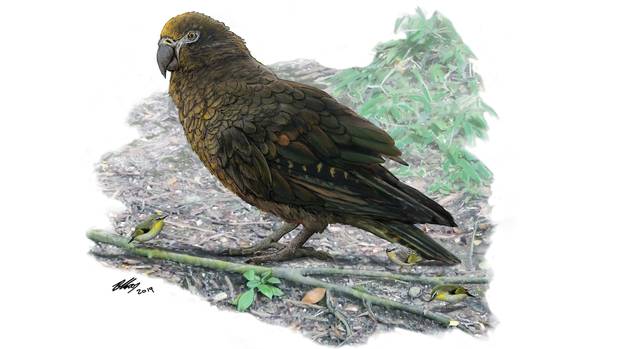 Heracles inexpectatus was about half as tall as an average woman and much bigger than a magpie. Image: Professor Paul Scofield, Canterbury Museum, via NZ Herald
Scientists have stumbled across the remains of a super-sized giant parrot that stalked New Zealand 20 million years ago - and was half the height of a human.

Analysis of leg bones believed to be 20 million years old have led to the identification of what is believed to be the biggest parrot species- which has been suitably dubbed "Hercules".

Scientists who found large strange bones near an old gold mining town in Otago first thought it could be a duck.

"When you look at giant birds, you think it could be a duck, or a pigeon, or a ratite [flightless birds such as kiwi]," said Dr Trevor Worthy, who has led the analysis of fossil bones at St Bathans for 20 years.

"No-one ever considered a parrot, because that had never happened before." 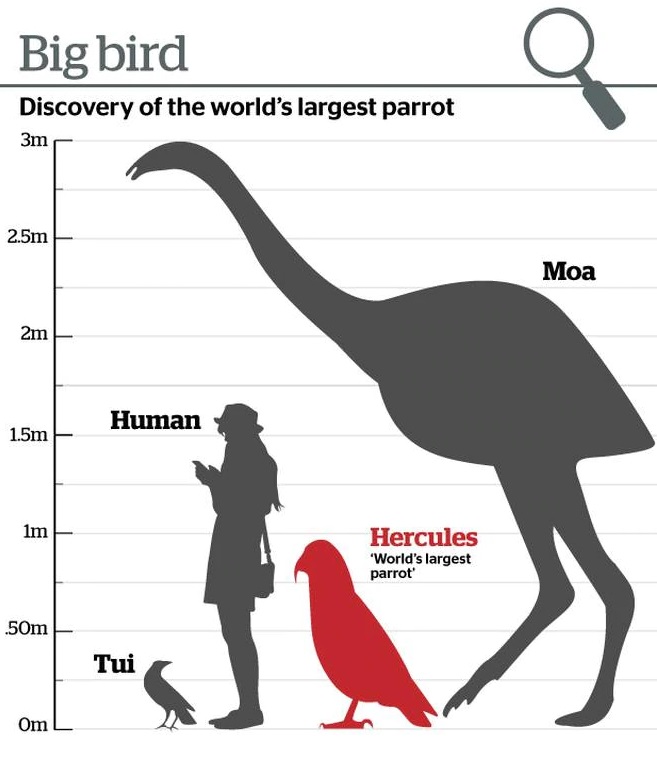 Graphic: NZ Herald
But analysis of the two leg bones, which are about 20 million years old, has found that they came from a giant kākāpō that probably weighed about 7kg - more than twice as heavy as the largest known recent kākāpō.

Scientists have found no other parrot so big anywhere else in the fossil history of the world, filling the same niche at the top of the fruit-eating hierarchy that was filled by the extinct dodo, a kind of pigeon, in Mauritius.

Worthy and his colleagues, who have published their discovery today in the Royal Society journal Biology Letters, have named the giant parrot Heracles inexpectatus - Hercules the Unexpected.

Kea and kaka belong to a genus named after another mythological Greek character, Nestor, and Worthy's group has already named another fossil parrot after Nestor's father, Neleus.

"So the big group that killed off all the others must be Hercules," Worthy explained.

When Hercules the Unexpected lived, most of New Zealand had only recently emerged from the sea. The land was flat, the Southern Alps had not yet arisen, and Otago was a subtropical paradise. Fossils of crocodiles and land turtles have also been found at St Bathans.

"The climate and vegetation was pretty much like modern Townsville in Queensland," Worthy said.

"It was a much warmer world, so the forest was as a result quite diverse. There were eucalypts, casuarinas, lots of palms and laurels. We have lost all of that since then.

"So that warm tropical forest supplied lots of seed-bearing plants, and hence many more fruit-eating birds." 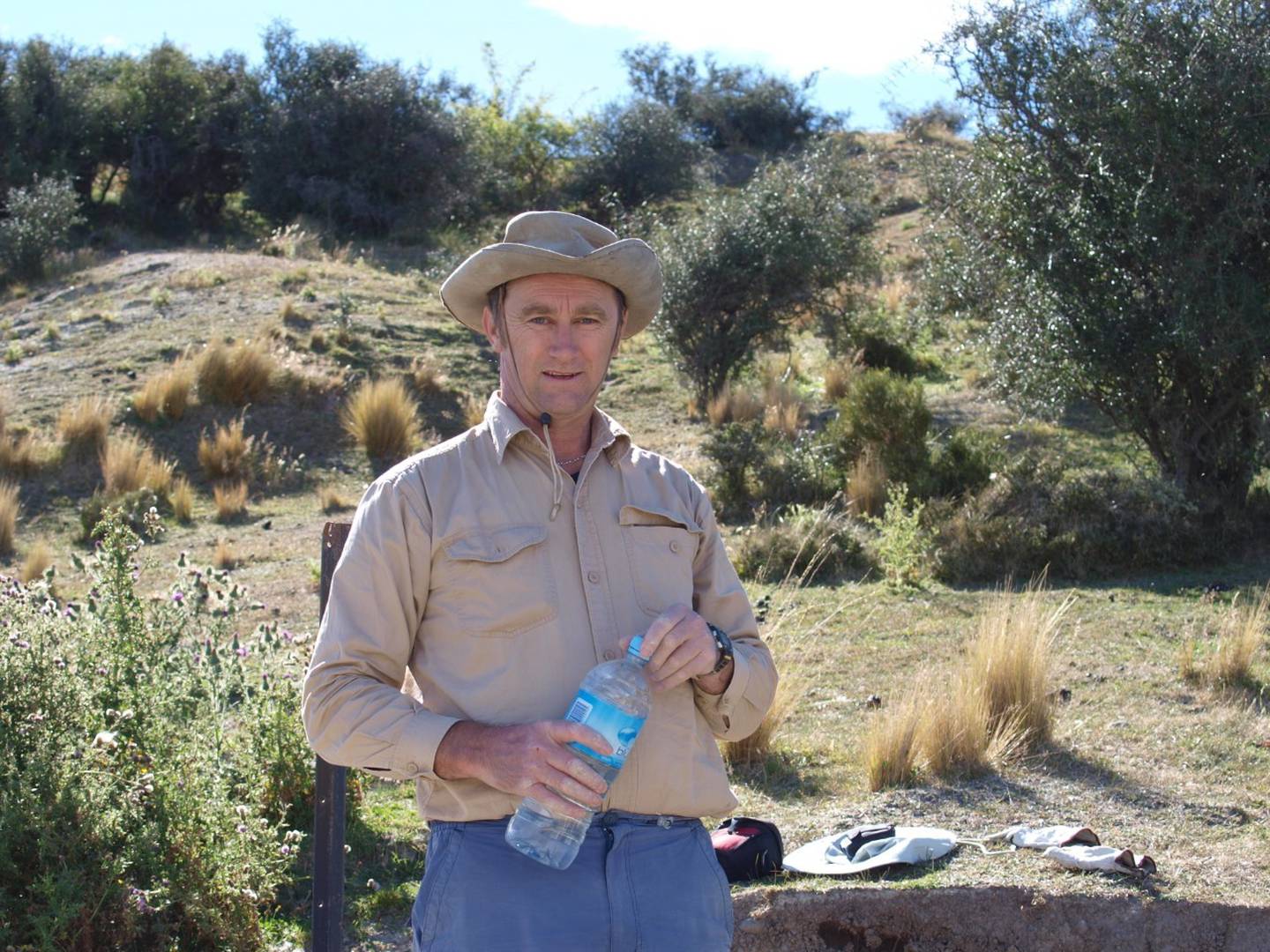 St Bathans, where Trevor Worthy (above) has investigated fossils for the past 20 years, once had a climate as warm as modern Townsville. Photo: Supplied via NZ Herald
Hercules' bones are so thick that Worthy believes the bird was almost certainly flightless.

"On all islands there is only one large herbivore/omnivore on the ground. There is the dodo in Mauritius, there is another giant pigeon in Viti Levu in Fiji, there is a set of large ducks in Hawaii but no pigeons or parrots.

"Generally there is only one kind of thing that made the niche. It's probably first in, first served."

But Hercules' reign did not last. A big cooling in the world's climate which lowered temperatures by about 8C about 12 million years ago wiped out Otago's subtropical forests and drastically reduced the bird species that had grown fat on their fruit.

Hercules the Unexpected "probably died out".