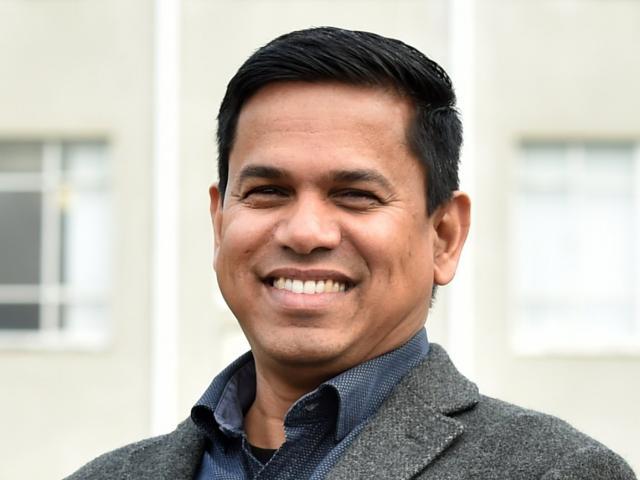 Dr Anura Jayasinghe
An Alexandra woman has died from legionellosis, the third person in the South to die from the disease in recent months.

Both the 2019 fatalities were people who had had recent exposure to potting mix and compost, substances which frequently contain the bacteria which causes the illness.

"People should watch out for signs of legionellosis, as early treatment is usually effective," Southern District Health Board medical officer of health Anura Jayasinghe said.

"Early symptoms can appear two to 10 days after exposure and are similar to the flu."

The infection can cause a cough, shortness of breath, high fever, muscle pains, headaches, nausea, vomiting, and diarrhoea.

Symptoms were easily mistaken for other diseases, but Legionnaires' disease could lead to pneumonia if left untreated, Dr Jayasinghe said.

"Your doctor will prescribe specific antibiotics to treat legionellosis," he said.

"The risk of acquiring a legionella infection is greatly reduced by taking care when dealing with compost, potting mix and any form of soil or dirt."

The SDHB released no details of the Alexandra death, other than to note it was believed to be due to legionellosis.

The death is one of four cases notified in the region this year, the other three being in Dunedin city.

In 2019 20 cases of legionellosis were notified, 14 of them in the last three months of the year.

Two of those people died; one was exposed to bulk product, the other to bagged commercial product.

The SDHB has since produced posters and pamphlets for retailers of compost and potting mix highlighting the health issues posed by them.

He also recommended gardeners wear gloves, open bags in a well-ventilated space, away from their face, and wash their hands thoroughly when finished.

The people are visiting Doctors and they get sent home to contact if the disease symptoms become worse - it is for the medical profession that need to give more attention and ask more questions too.