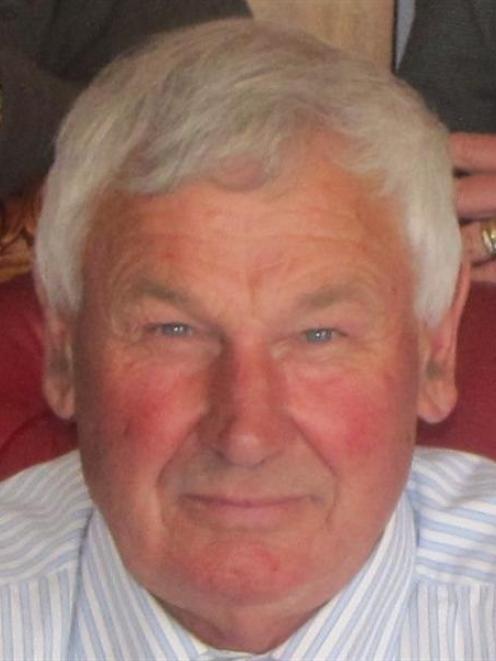 Barry Becker
A review of how government funding for roads is distributed could have ''reasonable implications for this district'' Central Otago District Council roading committee deputy chairman Barry Becker says.

The New Zealand Transport Agency has initiated a review of the way it gives money to councils and other approved organisations, such as the Department of Conservation, to help with the costs of maintaining road networks.

The review is not about the total pool of money available but how that pool is divvied up.

Council roading manager Julie Muir told councillors this week the the agency had taken the same approach to funding for about 30 years and the question had been raised whether or not that approach needed to change.

Mr Becker said it was a case of the agency ''putting its feet in the water to see how hot or cold it is''.

Councillors approved a submission, written by Ms Muir, which will be forwarded to the agency.

It calls for the status quo to mostly remain, but with a few amendments.

It says a key component of the financial assistance rate calculation should be the consideration of a council or organisation's ability to raise the local share and that the agency should consider a wider range of data to see if there is a more suitable way to determine how a community can pay, rather than based on land values.

Land values are used to determine the assistance rate and areas with higher land values, such as Auckland, receive a lower percentage of funding.

However, land values were not a good indication of a council's ability to pay, Ms Muir said.

Geology, topography, climate and demands placed on a roading network due to population, traffic volumes and percentage of heavy vehicles should also be considered when the agency determined the appropriate size of an organisation's land transport system, rather than when the financial assistance rate was calculated.

The Clutha, Queenstown Lakes and Waitaki district councils are also to make submissions to the agency, all along similar lines to the Central Otago District Council.

Waitaki council roading assets manager Michael Voss said the modifications to the status quo that his council's submission sought was ''to reflect the transport and economic environment'' of the district.

Queenstown Lakes District Council transport manager Denis Mander said a key issue was seeking greater acknowledgment from the agency of the value of the district's roads.

During an infrastructure services committee meeting on Tuesday, councillors agreed roads in the Queenstown Lakes District were of benefit to the regional and national economy because of the importance of the tourist centre.

The Clutha District Council is to make a submission focusing on the most important aspects that funding should reflect, including how important a road is, what it costs to maintain a road and an organisation's ability to pay.

The minimum amount the agency will subsidise a roading programme is by 43%, a historical figure that dates back to 1959, when the Government decided to pay local authorities 15 shillings per pound spent on roading.

The subsidy applies only to roading programmes approved by the agency. A local authority can choose to undertake more work than approved but must fund 100% of that.

''The review is a highly controversial piece of work and will generate much debate within the local government sector,'' Ms Muir said.

Further consultation would occur later in the year, probably in December. The funding model would be ''set in stone'' early next year, before councils considered their long-term plans, she said.