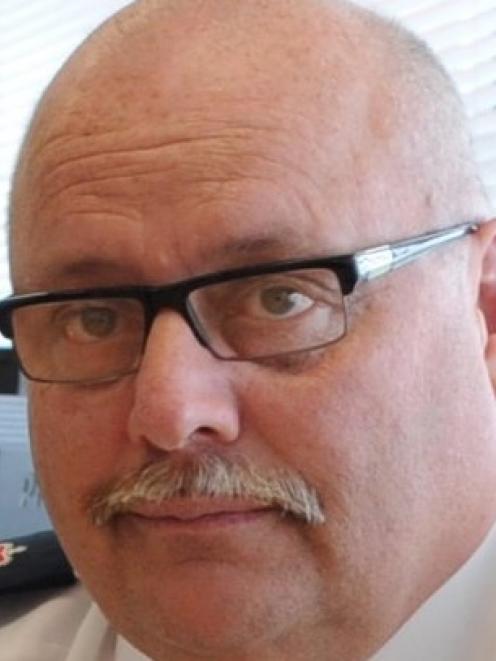 Jack Harrison
Illicit drugs, pornography, home brew, gang paraphernalia and weapons are among the 854 items of contraband discovered at the Otago Corrections Facility in the past three years.

The Milburn jail had 19,123 visits by members of the public between its opening in June 2007 and the end of last year.

Of the 6987 people who applied to be registered prison visitors, 642 were declined for various reasons, including attempting to bring in contraband and being subject to court orders or charges.

The Department of Corrections provided contraband data to the Otago Daily Times in response to an Official Information Act request, but said the exact number of people banned for attempting to bring contraband into the Otago Corrections Facility (OCF) was ''not available''.

OCF prison manager Jack Harrison said the Milburn jail had a single point of entry and a dedicated drug dog to detect drugs on prison grounds, so levels of contraband were ''at the lower end of the scale''.

Less than 2% of the prisoner population tested positive for drugs, which was lower than the national average, he said.

Comparing prisons in respect of contraband was difficult because each had its own particular factors, including location, design, layout, prisoner status, arrival volumes, prisoner numbers and transit from courts.

''For example, some prison perimeter fences are close to public roads and prisoners' associates may attempt throw-overs,'' Mr Harrison said.

''Unfortunately, some prisoners will constantly try to find ways to challenge the system and attempt new ways to introduce contraband into prison, so our staff must try to stay ahead of them.

''We then use this information to help prevent contraband entering prison and to improve prison security.''

Between December 1, 2009 and December 31, 2012 warnings about contraband at the prison were given to 45 people and 75 items were confiscated.

In that time a total of 854 items, listed under 43 contraband categories, were discovered at the prison.

There were 96 items listed under ''drug indication'', four of drug storage, one as ''powder other'', 14 listed as pills/tablets/capsules and 13 as prescription medicine.

Three needles and 41 smoking devices were listed separately to the 14 tattoo needles and 168 items under ''tobacco and smoking equipment''.

A club/baton was listed, as well as a firearm and four knives.

Under ''modified equipment'' were 28 items, and there were four cases of contraband money.

Mr Harrison said those involved in attempting to smuggle contraband into jail faced disciplinary action from Corrections staff and/or police.

''Prisoners often place pressure on family or friends to bring them contraband. However, we make it very clear that anyone caught doing this will face consequences for their actions.