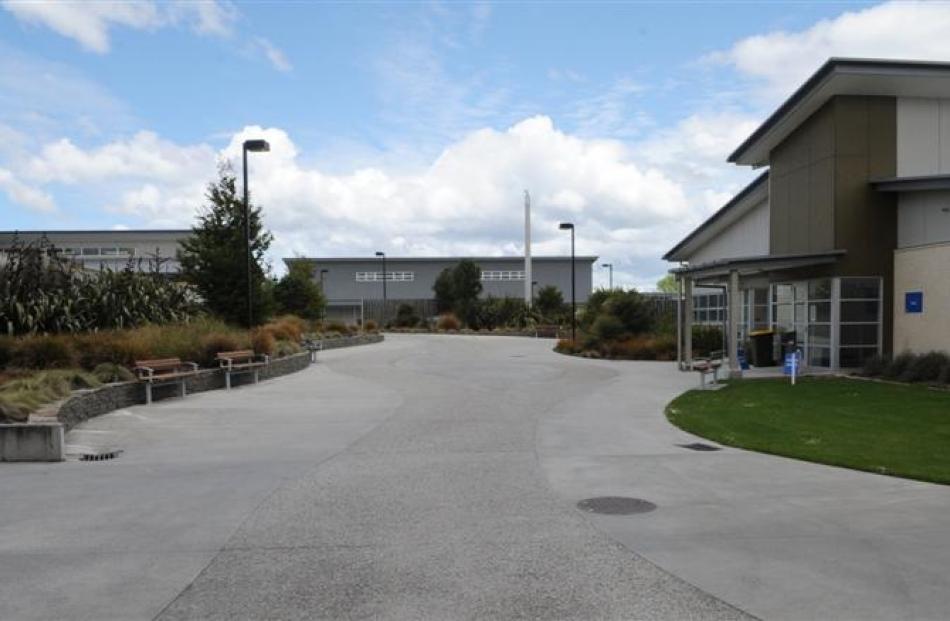 Unlike traditional prisons, the Otago Corrections Facility at Milburn has separate buildings set in a large open space. 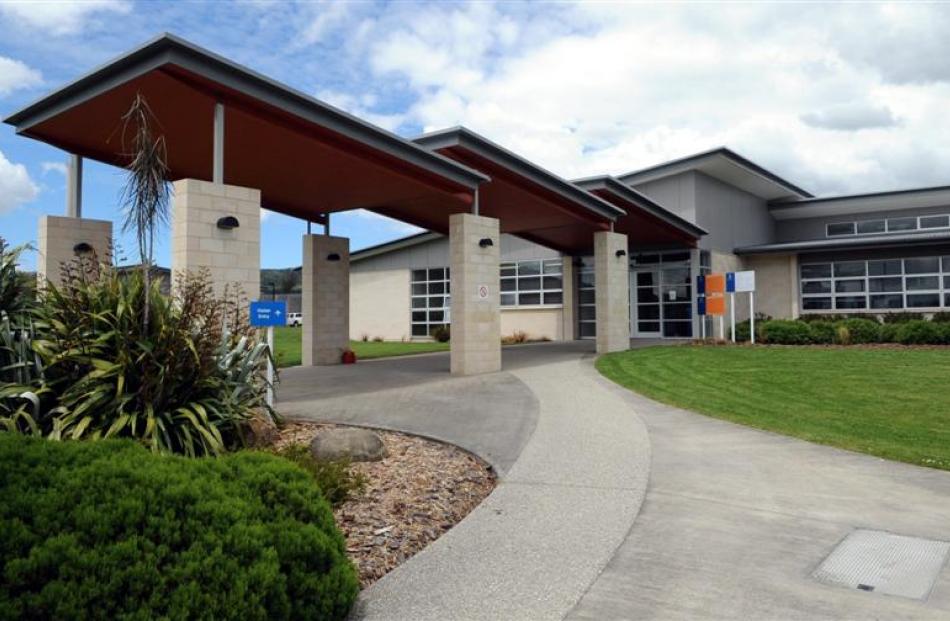 Front entrance of the Otago Corrections Facility at Milburn near Milton.

Selwyn Wilkinson was in full flight, telling tourists about his time inside the Otago Corrections Facility at Milburn when staff tapped on his van window.

The part-time tour operator was recounting how he and 59 others spent a night in the high security unit as a community fundraiser before it opened - how a couple of people had become claustrophobic and pushed the panic button and how every couple of hours, a neon light came on and staff checked they were ''still there''.

But the man who had previously helped put up signs declaring Milton a ''town of opportunities'' had possibly taken the slogan too literally. Prison staff were not impressed by his spiel, telling him the place he had parked outside was not a tourist destination.

Another time, he says, he left his ute near the prison farm, only to find out that police thought it might be a getaway vehicle and had been ''all over it''.

Despite such incidents, the Milton Area Promotions president has no strong opinion about the prison: ''You don't worry about it. It's just there.''

Most people we contacted in Milton, 6km away, said the prison had had a positive impact, bringing extra employment and new families with spin-offs for school rolls and businesses. But few could quantify the gains and those closest to the facility told us they still harbour concerns.

Judy Black said prisoners released to work in local sawmills went past her farm daily, making her wary, while fellow neighbour Bernard Flannery was concerned about the type of people the prison had brought into the town.

Before the prison was built, many residents anticipated a boost to the economy, improved job opportunities and a rise in property values, but a large number were also worried about an influx of undesirable visitors.

More recently, a second survey looking at the social impact of the prison has been completed. However, the Corrections Department said the information was still being analysed and would not be released until early next year.

Prison manager Jack Harrison said about 170 prison staff lived in the Clutha district, with 84 of those in Milton and the surrounding area. Of the remaining staff, about half lived in Dunedin and half in Mosgiel.

Corrections did not buy a lot locally because it was tied into national contracts but the annual wage bill for the facility was about $16 million.

The property's conversion from a dairy farm was a windfall for the Clutha District Council, which saw the capital value soar and its annual rate take increase from about $5700 to almost $69,000. On top of that, the Corrections Department pays water and sewerage charges, based on usage.

Milton resident and former Mayor Juno Hayes said the district's third-largest ratepayer had also spent about $5 million on infrastructure including the local water and wastewater systems.

''It's all been positive in my view. It's a great asset,'' Mr Hayes said. Clutha district councillor Joanna Lowrey said at a time of economic downturn, the prison had not only employed people directly but created more business for everyone from tradesmen to the local medical centre.

Many of the staff originally commuted from Mosgiel or Dunedin but five years down the track, they were ''over the travelling'' and moving closer to their work - which was important when the Clutha district had an ageing and decreasing population.

Cutlers sales consultant Jo Turnbull said house prices had trebled when people heard the prison was going to be built and dropped only slightly since. Even so, prison staff selling up in Auckland could easily buy two or three houses in Milton, where a ''good, basic three-bedroom home'' cost $160,000 to $170,000.

The rental market had not taken off in the same way but older houses were being replaced or renovated.

Other businesses reporting increased business from additional people in town included a butchery, dairy and supermarket, while a motel said it had Corrections staff staying regularly and the local Stihl Shop has provided the department with utility terrain vehicles, quad-bikes, chainsaws and brush cutters.

The Milton Volunteer Fire Brigade has been called there 10 to 15 times per year, almost always to false alarms from vandalism in the remand wing.

Local primary schools have each gained a few extra children and at Tokomairiro High School, 15 pupils from a roll of about 270 have parents working at the prison.

Reported crime in Milton has increased, from 313 offences in 2007-8 to an average of 407 in each of the following three years. But local police, who help with checkpoints outside the prison once or twice a week, said fewer people than initially feared had moved to the town to be closer to family members inside.

A couple of former prisoners were responsible for a spate of burglaries after being released and were now serving more time, Senior Constable Steve Griffiths said, but gangs had not set up in Milton and he was not aware of any issues with inmates released on a regular basis to work in the community.

Prison liaison officer Constable Judy Powell said there had been instances of prisoners remaining in the town on their release but it was probably easier for them to move to a larger centre.

And Clutha district councillor Bruce Vollweiler did not think the presence of the corrections facility had ''tarred'' Milton as a prison town.

Bob Jacklived 63 years on the farm where the prison is now sited and said when his eldest son sold it, knowing it might eventually become a ''jail'', the family was ''pretty unpopular'' with some people.

''It was the old `not in my backyard' thing ... But some of the ones who were most against it are quite happy now.''

However, Bernard Flannery, who lives in the former Milburn Presbyterian Church, said he rented out a few houses and had found it more difficult to find good tenants since the prison opened.

He and wife Christine were also annoyed that some motorists passing the facility tooted their horns, presumably to acknowledge friends inside.

When they moved into the church 22 years ago, it was in the ''middle of nowhere'' but by gaining a change in land designation, the Corrections Department had paved the way for other enterprises such as sawmills and a truck servicing depot to set up in the area.

And although it did not affect him personally, he believed some of the jobs going to prisoners would be better given to school leavers.

Siting the prison at Milburn rather than close to Dunedin had cost more, Tokomairiro Awareness Group secretary Judy Black said. The fuel costs involved in transferring inmates to and from court were ''huge'' and the facility had quite a high staff turnover so the department was ''always recruiting more people''.

More recently, the community liaison group - which includes police, council and community representatives - had stopped the probation service opening a halfway house in Milton. Members believed there were enough issues locally without having people ''who've just come out of prison and putting them all together in one place''.

The prison seemed relatively secure and neighbours had a good relationship with the management.

''However, we are still aware that we've got something in our community that is impacting [on us] ...

''It's on your mind every time someone passes - who is this, why are they here and are they associated with the prison?