Board chairman drops roles in school 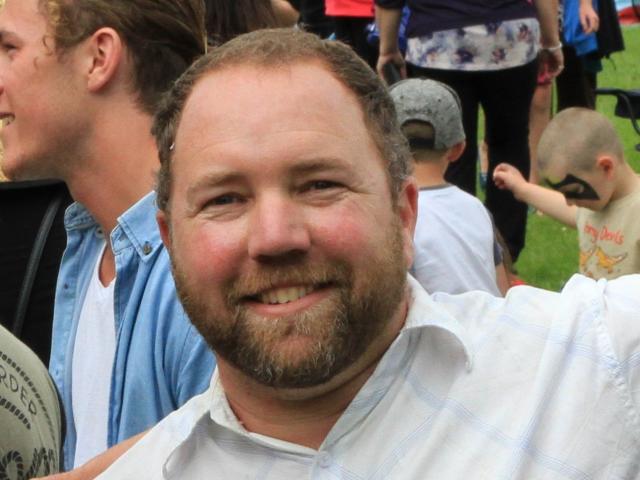 Damien Goodsir.
The school board chairman at the centre of a religion-in-schools stoush in Oamaru has stepped away from his roles in religious instruction and chaplaincy at the school after an independent review.

But Damien Goodsir, who is also a pastor at Oamaru's House of Breakthrough, said he would remain as Fenwick School board chairman - and he backed the school's strong performance.

He announced his intention to resign from the two roles before a board meeting on March 14.

''I did it, not because I thought I did something wrong, but to help with the process. It was more like an act of good faith, more like 'I am willing to do that if it would help the school to be governed better','' Mr Goodsir said.

At its meeting this week, in keeping with Mr Hay's report, the board decided to create a ''complaints handling committee'' for religious instruction complaints; committed to a three-yearly community consultation; stopped the chaplaincy roles at the school; and decided from 2018, religious instruction would move outside school class time hours.

It also decided to seek advice and support from the New Zealand School Trustees Association (NZSTA) on issues including complaints, managing conflicts of interest and community engagement.

And it was not uncommon for the association to assist on a range of issues to ''equip boards ... to be effective governance''.

Mr Hay visited Fenwick School on February 13 and 14 to conduct interviews with parents, staff and the board.

He declined to comment on his report, but did say ''it was just an objective view and what I felt would be the best for the community''.

He submitted his final report on February 28.

Mr Goodsir noted all motions were passed by the board unanimously and said he hoped the school could move on.

The Ministry of Education could not reply to the Otago Daily Times' questions before deadline yesterday, a spokesman said.

But in December the ministry's head of sector enablement and support Katrina Casey said ''a small group of parents'' had included the ministry in its communications with the school principal and board.

When a state primary school was open for instruction, the teaching must be entirely secular, but schools were permitted to close for up to 60 minutes per week, and no more than 20 hours in the school year, for the purposes of religious instruction or observance conducted by volunteers, she said.

How does resigning from the roles of chaplain (which no longer exists anyway) and RI Teacher (which is continued by others) resolving any conflict of interest? He retains his position as chair of the board of trustees and still votes on issues of religious instruction at the school while also wanting to "infiltrate" it! See a review of the report recommendations here: https://religiouseducation.co.nz/bot-chairman-retains-position-despite-c...

What a snow job!
Rev Goodsir did not walk away from being chaplain at Fenwick “as an act of good faith”. He did it because his neck was on the block because school governance consultant Cleave Hay recommended he should go.
And it’s a whitewash to let Goodsir say unchallenged that the only problem was two parents who were unhappy with religion in schools.
• If only two parents were unhappy, why did the school cancel both chaplaincies?
• Why is it going to take religious instruction classes out of teaching time next year?
• Why is it setting up a complaints procedure?
• Why are more than half the parents taking their kids out of RI?
• Why didn’t the reporter interview the two parents? Why didn’t he read Mr Hay’s report?
• Why didn’t your reporter check ODT archives and find that this is the second year in a row Fenwick’s RI got out of hand? The previous time was over an evangelistic syllabus used in two classes. That time, the RI organisation itself pulled the plug.
Goodsir put a sermon on his web saying how he infiltrated the school, then this too was withdrawn.
An OIA of the consultant's report will find a lot more than two concerned parents.
Secular Education Network.