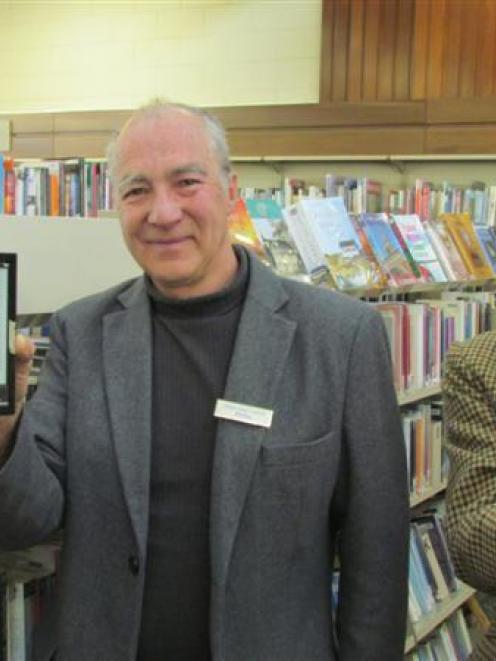 He said e-readers were becoming an increasingly popular way for people to access written works, but added there would always be a place for real books in the library.

"This is going to be the future of libraries. They will be part of our arsenal and we need to embrace that."

Although Mr Van Zijl declined to say how much the e-readers cost, he said the library got a "good deal".

"Even over the last month the prices have come down considerably. Reference librarian Chris Meech said eight Kobo and Sony e-readers were available for library members to hire.

"We can issue them out for a rental charge of $5 a week. They come pre-loaded - at the moment they have just the classics - but they can also hold our e-book collection. The idea is they basically have got a whole load on them already, but they can have a lot more.

"A couple of libraries provide e-readers, but it is still quite a new practice."

Mr Meech said the e-readers would also be made available to rest-homes around Oamaru.

"Every book becomes a large print book with an e-reader, and we think there is a lot of interest in the community."

The e-readers were bought in conjunction with the Friends of Waitaki Library group, which provided $450 towards the purchase, and group convener Beryl Miller said the lightweight e-readers would be welcomed by older people in particular.

Although the library had an ever-expanding e-book collection, Mr Van Zijl reminded library patrons that the Kindle e-reader was incompatible with the library's electronic collection.