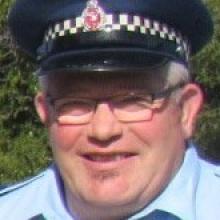 Tony Woodbridge
Reports of burglaries at Oamaru’s North End may have ceased, but that is no reason people should become complacent, police say.

A spate of burglaries were committed around Fernbrook and Redcastle Rds and surrounding streets over a four to six-week period in February and March this year.

All of the  burglaries reported during that time (close to a dozen) were carried out during the day and in each case, cash was stolen.

Sergeant Tony Woodbridge, of Oamaru, said no burglaries had been reported in the area in the past several weeks, but some residents remained on edge and had contacted police to report alleged suspicious activity.

"Every now and again I do get a call, from older people, concerned about cars around and so on. It’s good people are being vigilant, but we don’t want people being scared in their own homes."

He said investigations were ongoing and no-one had been charged in relation to the burglaries, which police believed were linked.

When asked the reason why the burglaries may have stopped Sgt Woodbridge said it was likely a result of several factors, including an increased police presence in the form of regular patrols and officers door-knocking to offer advice and hand out information; media attention; increased vigilance and those responsible moving on or potentially being investigated for involvement in other criminal activity.

"It could be that they are in trouble for something else .. . or they may have shifted on."

Sgt Woodbridge advised residents to make sure their doors and windows were secured and vehicles locked.

"The days of leaving your house or car in Oamaru unlocked are over, as there are undesirable people living in our town."