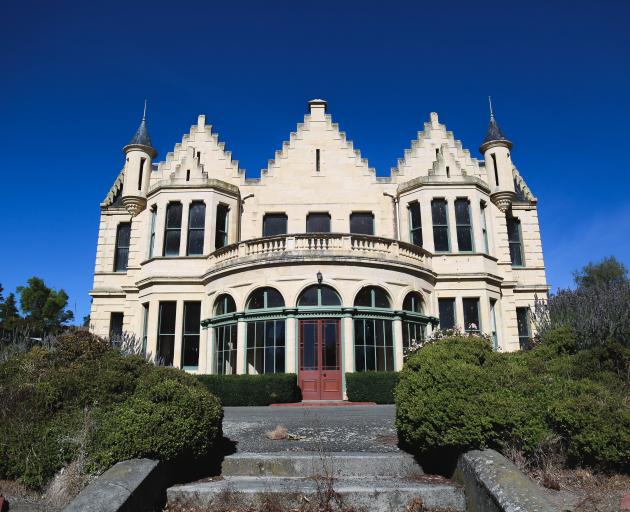 The Ministries of Social Development and Education have together confirmed they have now paid out more than $1million while settling claims of historic abuse relating - in full or in part - to the former school.

Despite that, fresh complaints from former Campbell Park pupils are still coming in, and the figure is set to continue climbing.

The school, at Otekaike in the Waitaki Valley, 60km northwest of Oamaru, catered for troubled young boys and those with intellectual disabilities from 1908 until it closed in 1987.

Ministry of Social Development (MSD) staff, responding to an Otago Daily Times official information request, have confirmed 74 claims had been received since 2004 relating in full or in part to the school.

Some of the claims had been received as recently as this year, despite the school closing in 1987.

Of the claims received by MSD, 52 had been resolved, including 44 jointly with the Ministry of Education (MOE) and eight solely by MSD, the response said.

The MOE had also resolved three claims itself.

Despite that, the MSD still had 21 complaints received between 2004 and 2019 which were yet to be resolved, all of which related - at least partly - to former pupils' time at the school.

The MOE said it also had four historic claims relating to Campbell Park which were yet to be resolved.

The MSD said all of its outstanding claims received before 2015 had resulted in at least one settlement offer, which had been rejected by the claimant.

However, the ministry focused only on allegations of abuse or neglect levelled against former staff from the school, it said.

It could not accept responsibility for the actions of other pupils, although as part of the process it did consider whether they were adequately supervised by staff, it said.

That was despite historic allegations relating to Campbell Park including sexual and physical abuse by some pupils who targeted others.

That was not good enough for Wellington-based lawyer Sonja Cooper, of Cooper Legal, who included Campbell Park in a wider group action in 2004.

Her clients originally included just two with claims relating to Campbell Park, but by 2017, that number had swollen to more than 60, despite some settlements having been reached.

Ms Cooper wrote a report on her clients' experiences and, speaking to the ODT in 2017, said Campbell Park stood out as ''the absolute worst'' case in Otago.

Reports included evidence of ''endemic and systemic sexual abuse'' of younger boys by older boys as well as staff, including ''initiation'' beatings and sexual assaults by packs of older boys on new arrivals.

Ms Cooper this week said her firm was still receiving ''nearly daily instructions'' from new clients who were abused in care, including at Campbell Park.

''We have no evidence that this is slowing down.''

One client, now in his 70s, had a claim relating to Campbell Park which dated back to 2004, while others went back as far as 2007.

They had rejected MSD or MOE offers as ''inadequate'' and ''insufficient''.

The MSD's immunity from liability for the actions of abusive children in its care was also disputed, while the ministry's assessment of staff failures was ''extremely variable'', she said.

''Given there are often very significant gaps in the records, this makes it nearly impossible to establish very serious allegations of abuse, resulting in very poor settlement offers.''

The ODT has previously reported the Government had paid out $24.4million while settling 1400 claims across the ministries of Social Development, Education and Health between 2004 and 2017, when 800 claims remained unresolved.

In June, the Government budgeted another $100million to settle outstanding state care claims, a figure Ms Cooper predicted at the time would be inadequate.