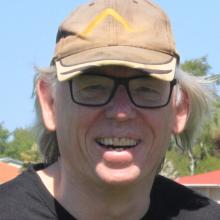 Stephen Halliwell is behind the 12-section Pukeko Park development that borders Tutu Hill and Parsons Rd at Weston, near Oamaru, and comprises sections that range in size from 1ha to 1.8ha.

While he had not been "aggressively marketing" the sections, two had sold in the past year.

Pukeko Park is one of three large sites under development at present.

One is Holmes Hill Estate, being developed by McBrimar Homes founders Mike and Brian Lowe, a roughly 8ha former Oamaru lifestyle block in Wansbeck St that is being converted into a 50-section subdivision, a similar size and scope to nearby Waiareka Park in Weston Rd that the pair also developed.

Meanwhile, Steve Easton is developing a block of land directly opposite Pukeko Park, which also has 12 sections.

Mr Halliwell said the number of developments in progress was driven by demand, partly influenced by low interest rates, which in turn made investing in property more attractive.

"When I started this subdivision, there was not a lot of subdivision activity happening, and then the place across the road got bought from me and all of a sudden you’ve got 24 sections within 100m of each other on the market. When I started, there was some individual lots spread around the town.

"I think lower interest rates create opportunity everywhere. It creates opportunities from people to invest, whether it’s in a subdivision, building a house, or in a new business."

A level of council investment, which he described as a "positive thing" that would create "better communities", was also essential in the form of sealed roads and in some cases new roads being constructed to link rural subdivision with established roads.

He also expected there to be robust discussion on the council’s district plan, which is at present under review, on the subject of land development and "the appropriateness of 1ha properties and if they should be smaller".